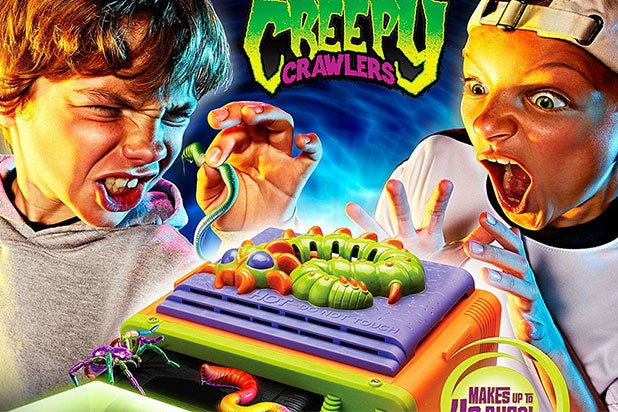 “Creepy Crawlers has been an iconic brand since the 1960’s and we are honored to work with Neal Moritz, Paramount Players, and the Nickelodeon-Viacom Family in bringing it to life on the big screen,” said Stephen Berman, chairman & CEO of JAKKS Pacific. “We, and the studio, envision the property to be developed into a family adventure film in the vein of ‘Jumanji.'”

Neal H. Moritz is set to produce alongside Marc Gurvitz. Toby Ascher and Berman will serve as executive producers.

Plot details are unknown at this time, but the film is set to be based on the toy molds developed originally by Mattel in the early ’60s. The toy was then reimagined by ToyMax in the ’90s and allowed to children to create various bug-like creatures.

Ali Bell and Royce Reeves-Darby will be overseeing for Paramount Players. In recent years, Paramount has taken popular toys like Transformers and G.I. Joe and made them into movies.

A spokesperson for Paramount has not yet responded to TheWrap’s request for comment.

Meet 11 Real-Life Playboys Who Could Be Batman (Photos)

These real-life Bruce Waynes have the cash, attitude and especially the toys to be Batman

Albert von Thurn und Taxis became a billionaire when he was just eight years old by inheriting his wealth from a long line of German royalty. (His ancestors were postmasters in the 16th century.) He lives in a castle and occupies his time with his favorite hobby, car racing. You know who else inherited a fortune, lives in a massive manor and drives an exotic car? We wonder if Albert has a butler named Alfred.