With the film’s pre-release tracking in need of some heat, Paramount has moved M. Night Shyamalan’s upcoming “The Last Airbender” up a day, to Thursday July 1. 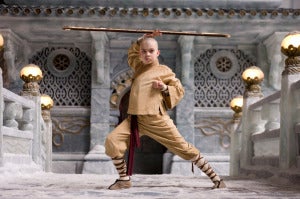 The bump will give the movie an extra day to collect ticket sales before the official start of the July 4 holiday weekend.

The first of a three-part franchise that tallies a $250 million production spend is currently on pace to open to only around $30 million, according to some tracking forecast.

“Airbender” will open a day after Summit debuts its next “Twilight” movie, “Eclipse.”