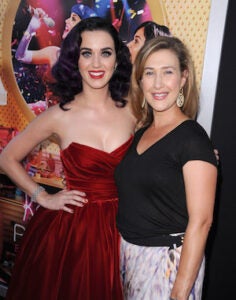 Paramount is set to absorb its microbudget genre label Paramount Insurge into the main studio and strip President Amy Powell of her film responsibilities, TheWrap has learned. The move appears to be part of Paramount’s ongoing consolidation, according to insiders.

Paramount Insurge will continue to exist as a label that Paramount will use selectively on low-budget genre projects.

The upheaval at Paramount Insurge follows the Melrose studio’s recent executive shakeup, which saw Evans replace Adam Goodman, who was offered a first-look deal on the lot. It’s unclear if Goodman has accepted that offer or what he has planned for his next move.

Paramount formed Insurge in March 2010 following the success of its “Paranormal Activity” franchise, so the studio has given the studio five years to find its identity.

The microbudget film division was entrusted to Powell, who was a rising star at the studio thanks to her expertise in digital marketing. At the time, Powell’s creative divisions were known to make projects quicker and cheaper than others at Paramount, such as the horror movie “The Devil Inside” and the popular web series “Burning Love.”

The Insurge Twitter account hasn’t posted anything in nearly three years, and the situation has reminded several industry observers of what happened with Paramount’s prestige Vantage label.