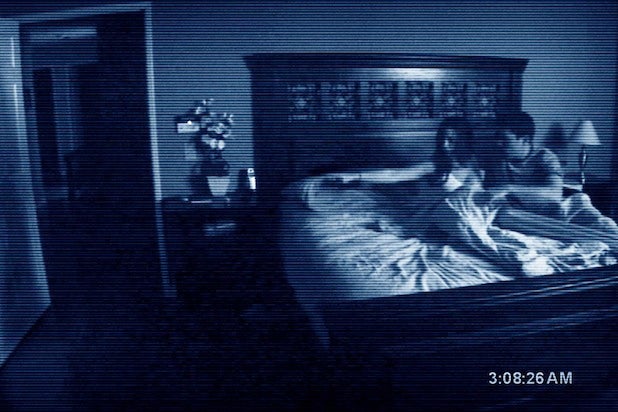 The seventh and latest film in the “Paranormal Activity” horror franchise is now in development at Paramount Pictures, Paramount chief Jim Gianopolous announced at the studio’s CineEurope presentation in Barcelona on Wednesday.

Paramount will partner with horror producer Jason Blum on the currently untitled film. Plot details are also under wraps.

The previous “Paranormal Activity” movie, “Paranormal Activity: The Ghost Dimension,” opened in 2015. That film was the lowest grossing entry in the franchise by far, earning only $18.3 million domestically and $78.9 million worldwide, but it managed to do so on the relatively small budget of $10 million.

The found footage franchise, which is shown entirely from the vantage point of surveillance footage inside a family’s home or bedroom and detects demonic forces, kicked off in 2007 with a film written and directed by Oren Peli. That film was made on an  incredibly minuscule budget of $15,000, and it managed to gross $193.3 million worldwide, earning it a reputation as one of the most profitable films ever made.

Via Deadline, Paramount also unveiled at CineEurope a first look at the sequel reboot of “Top Gun: Maverick,” starring Tom Cruise and Val Kilmer alongside Miles Teller and Glen Powell. And the studio additionally announced that production had begun on the sequel to another recent horror hit, John Krasinski’s “A Quiet Place 2.”

Deadline first reported the “Paranormal Activity” news out of CineEurope.