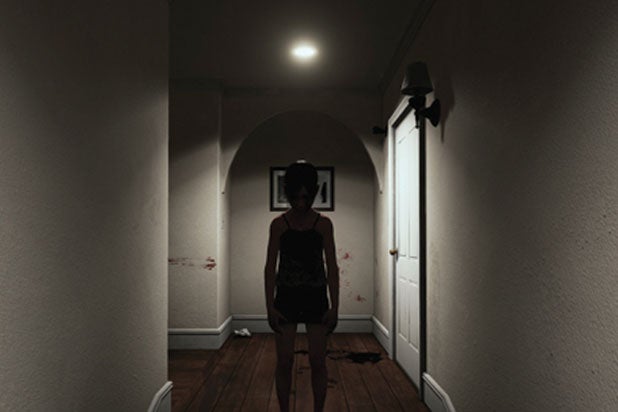 The “Paranormal Activity VR” game, set to launch in full later this year across multiple virtual reality platforms. gets two previews in the coming days, one of them at the SXSW Gaming Expo in Austin, Texas from March 16-18,

Based on Paramount Pictures’ horror franchise, it will also debut at the Global Developers Conference (GDC) in San Francisco from March 14-16.

According to Fortune, developer VRWERX, a division of Beast Media Group,  will debut the VR game on Facebook’s Oculus Rift, HTC Vive and Sony PlayStation VR.

Alex Barder, co-managing partner of VRWERX,  said that “it was really important for us to capture the essence of the ‘Paranormal Activity’ universe. This game is a continuation of the franchise; a next chapter spawning from this fantastic mythology.”

The interactive demo that debuted on HTC Vives in AMC Theaters in October last year has evolved, according to Russell Naftal, the co-managing partner at VRWERX.

“This game is a full ‘AAA’ title with three hours of story and up to six hours of gameplay for those who want to explore every aspect of this world,” Naftal said. “The original demo was more experiential, whereas this is a video-game experience.”

VRWERX has worked on games like “Call of Duty,” “Homefront,” “Madden” and “Defiance.” Naftal and Barder created the company to explore virtual reality on higher-end platforms like PlayStation 4. Now the duo believes that “Paranormal Activity VR” will let audiences live through the new found footage horror experience.

“Imagine if at the completion of this game, someone would have found the footage of you playing in the house and then shared it,” Naftal said. “We would see this from the angles of the cameras in the house.”

“We believed horror had the potential of being the most visceral experience, and we concluded the best way to launch is with a known brand,” Barder says. “We’ve both been huge fans of the ‘Paranormal Activity’ franchise for a long time, so we approached Paramount Pictures and were able to strike a deal.”

The “Paranormal Activity” films have grossed over $401 million at the domestic box office since 2009.