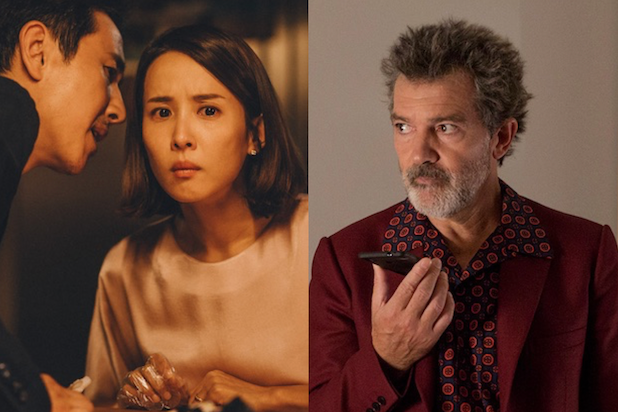 Bong Joon Ho’s twisted black comedy “Parasite” and Pedro Almodovar’s semi-autobiographical reverie “Pain and Glory” are among the 10 movies to land on the shortlist in the Best International Feature Film category at the 2019 Academy Awards.

Also on the list: “The Painted Bird” from the Czech Republic, “Truth and Justice” from Estonia, “Les Miserables” from France, “Those Who Remained” from Hungary, “Honeyland” from North Macedonia, “Corpus Christi” from Poland, “Beanpole” from Russia and “Atlantics” from Senegal.

“Honeyland,” which follows an aging beekeeper in North Macedonia, also made the shortlist in the Oscars’ Best Documentary Feature category.

Well-received films that did not make the cut include “Invisible Life” from Brazil, “And Then We Danced” from Sweden, “The Whistlers” from Romania and “Monos” from Colombia.

This marks the second consecutive year that South Korea, formerly shut out of the Oscars international race, has made it to the shortlist. Last year’s entry, “Burning,” was the first Korean film ever to be shortlisted, though it did not receive a nomination.

“Parasite,” though, is almost certain to be nominated and has to be considered the frontrunner to win.

The 10 shortlisted films were chosen from 91 eligible films in this year’s race. Seven of those films were put on the shortlist by votes from volunteer members from all branches of the Academy, who qualify to serve on this “general committee” by viewing at least 12 of the eligible films at Academy screenings or in a theater. Voters score each film on a scale of 6 to 10, with the seven films with the highest scores advancing to the shortlist.

Representatives from the Academy’s accounting firm, PwC, then reveal those seven films to the members of the International Feature Film Award Executive Committee, who add an additional three films to the list.

A second round of voting will narrow the 10 shortlisted films down to five nominees. Whereas in the past the Phase 2 voting has mostly been done by small, hand-picked committees, this year it was opened up to anyone in the Academy who views all 10 films. And for the first time, second-round voting in the category is open to members who stream the shortlisted films rather than viewing them in theaters.

That new rule should increase the number of voters who help choose the five nominees, as well as giving that final decision to a group of voters closer in sensibility to the general committee than the executive committee.

The list was one of the nine shortlists unveiled by the Academy on Monday. Others covered the documentary feature and short, original song and score, live-action and animated short, visual effects and makeup and hairstyling categories.

The nominations for the 2019 Oscars will be announced on Jan. 13. The show will take place on Feb. 9, making it the earliest Oscars ever.