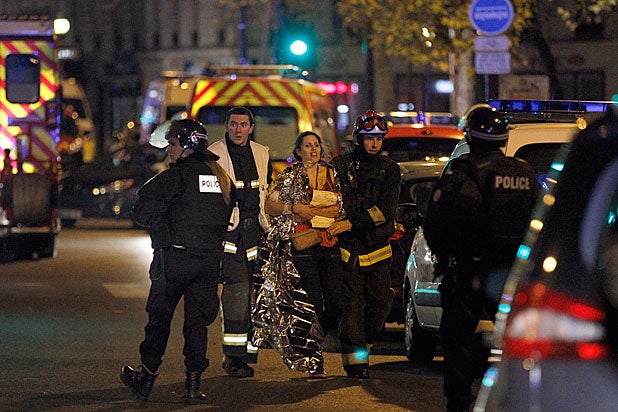 The terrorists who attacked Paris on Friday may have used the Playstation 4 to communicate with each other, officials said.

Belgian Interior Minsiter Jan Jambon described the operations of radical Muslim terror cells at a press conference on Nov. 10 — three days before the deadly attacks in Paris. “The most difficult communication between these terrorists is the PlayStation 4,” he said, according to CNBC. “It’s very difficult for our services — not only our Belgian service but international services — to decrypt the communications via PlayStation 4.”

Jambon also said that the WhatsApp messaging service is also difficult to monitor, but intelligence agencies are able to decrypt messages on it more easily.

The eight men who carried out the attacks in Paris are believed to have been, in part at least, based in Belgium. Belgian national Abdelhamid Abaaoud, who fought in Syria on behalf of ISIS, is the suspected mastermind behind the attacks, according to the New York Times.

On Nov. 13, ISIS members carried out a coordinated series of attacks on a concert hall, soccer stadium, and restaurant in the French capital city, killing at least 125 people and wounding up to 300 others.

French President Francois Hollande declared a state of emergency and shut all national borders in response to the crisis. The city announced the closure of all schools, museums, libraries, gyms, swimming pools and markets on Saturday. Disneyland Paris outside the city was also closed.

ISIS claimed responsibility for the attack on Saturday. In an online statement distributed through supporters, the terror group known as the Islamic State of Iraq and the Levant identified the eight perpetrators of Friday’s attacks as its own militants, describing them wearing explosive belts and armed with machine guns while carrying out the deadly attacks.

“Eight brothers carrying explosive belts and guns targeted areas in the heart of the French capital that were specifically chosen in advance,” the statement began.