Former Vice President Al Gore pulled the plug on a live benefit for climate change some five hours into a 24-hour streaming show from the foot of the Eiffel Tower on Friday evening.

“Out of solidarity with the French people and the City of Paris, we have decided to suspend our broadcast of 24 Hours of Reality and Live Earth. Our thoughts are with all who have been affected and the entire nation of France,” Gore said in a statement. “We send our condolences to the families of those who have been killed or injured.”

Musicians Elton John and Bon Jovi were slated to play at the event, which did see a performance from Duran Duran, according to a Gore tweet.

“Thank you @duranduran for performing live in Paris at #24HoursOfReality. You were tremendous!” Gore wrote.

The event made it through roughly 4.5 hours before the live feed was pulled, leaving the homepage of Gore’s site with nothing but a backsplash of an animated Paris, with the phrase, “The World is Watching,” scrawled across. 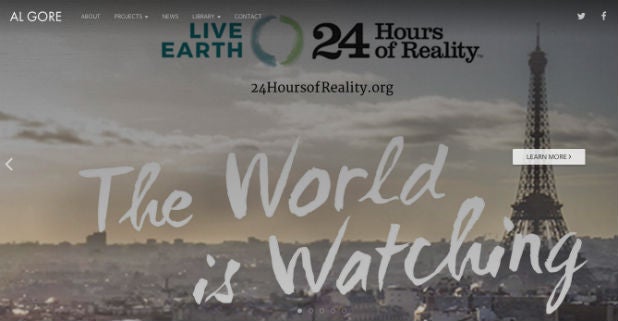 A coordinated series of terrorist attacks in multiple locations in and around Paris killed dozens of people on Friday night.

The situation on the ground is still developing, but multiple media outlets are reporting up to 153 people have been killed — including 112 at the Bataclan concert hall where an unknown number of gunmen stormed the venue where the American rock band Eagles of Death Metal was scheduled to perform and where concert-goers were held hostage for several hours.

French police launched a raid on the concert hall, during which three gunmen died and an undetermined number of concert-goers were freed, according to news reports.Agence France-Presse also cited a witness who claimed the attackers shouted “Allahu akbar” (“God is great”) before firing into the crowd, which was reportedly as large as 1,500. 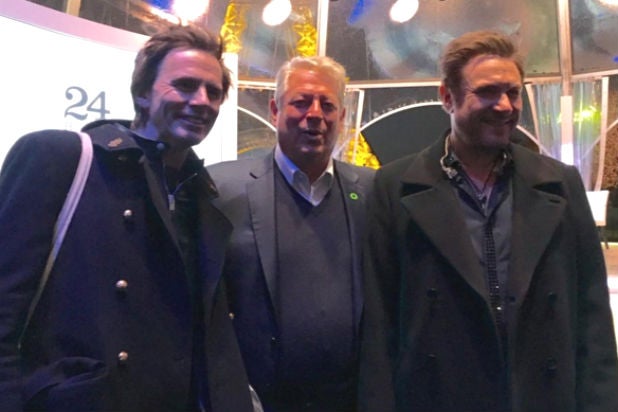 Just north of Paris, at least three explosions were reported near France’s main sports stadium, which prompted the evacuation of French President Francois Hollande during a soccer match between France and Germany.

French police stated that at least two of the explosions were carried out by suicide bombers.