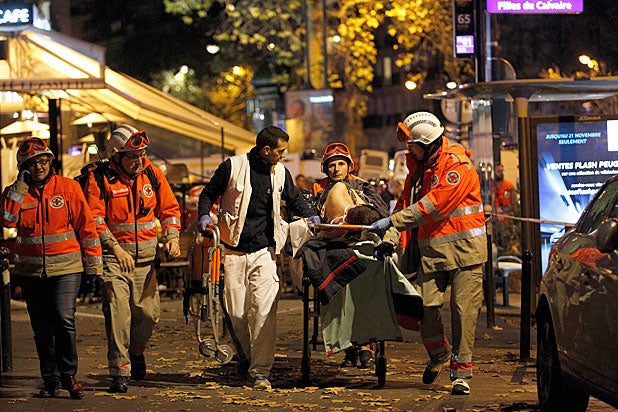 Several cinema chains shut down early on Saturday afternoon in Paris in response to the terrorist attacks on Friday that killed 128 people and have wounded 180 more, according to Paris Police Prefecture.

Gaumont-Pathe, UGC and MK2 are some of the cinemas that have decided to shut down early on Saturday afternoon.

They originally intended to stay open for the day and had morning showings at 11 a.m. before deciding to shutter.

Several art-house theaters had already announced closures along with the City of Paris’ Luxour and Cite des Images.

The closures occur after ISIS took responsibility for Friday’s attacks along with threats for more horrific acts.

In addition, the French premieres and promotional events for Steven Spielberg’s “Bridge of Spies” and the Natalie Portman Western “Jane Got a Gun” were canceled. The “Bridge” premiere had been scheduled for Sunday, while “Jane Got a Gun” had been planning a Monday night premiere screening.