The series of coordinated ISIS attacks that besieged Paris on Friday night began just hours before European newspapers went to press, leaving them with little more than the images of carnage and preliminary casualty tolls to report.

By the time U.S. outlets hit deadline, more details had emerged, informing — in some but not all cases — more sober front-page coverage of the attacks, which most recent figures indicate have claimed 129 lives and more than 350 injuries. 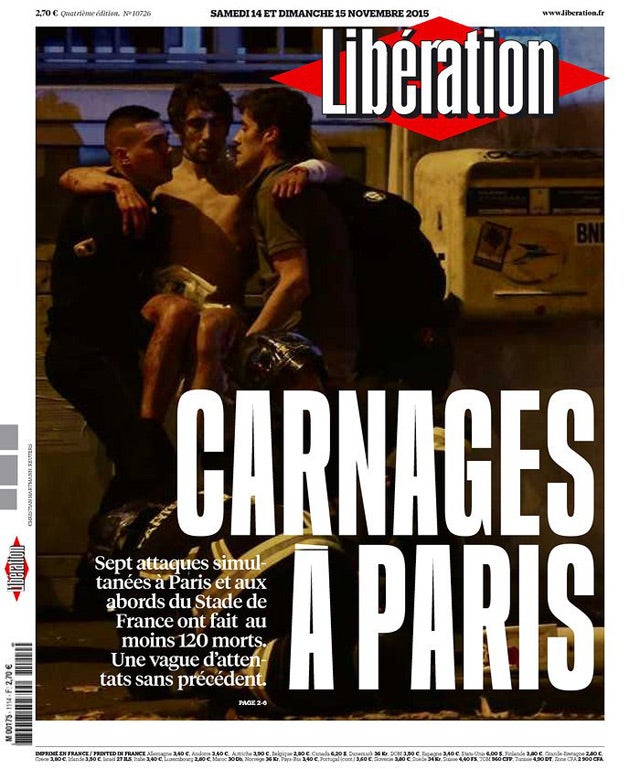 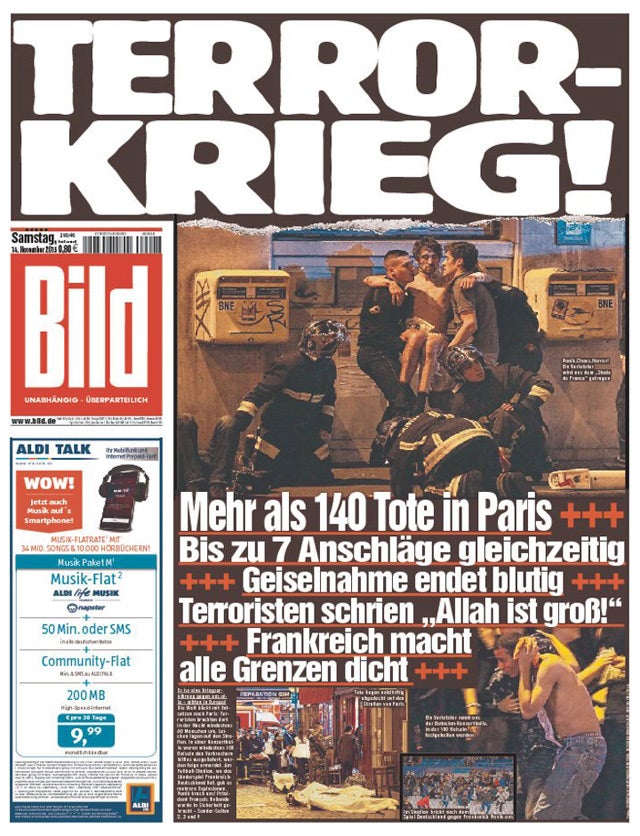 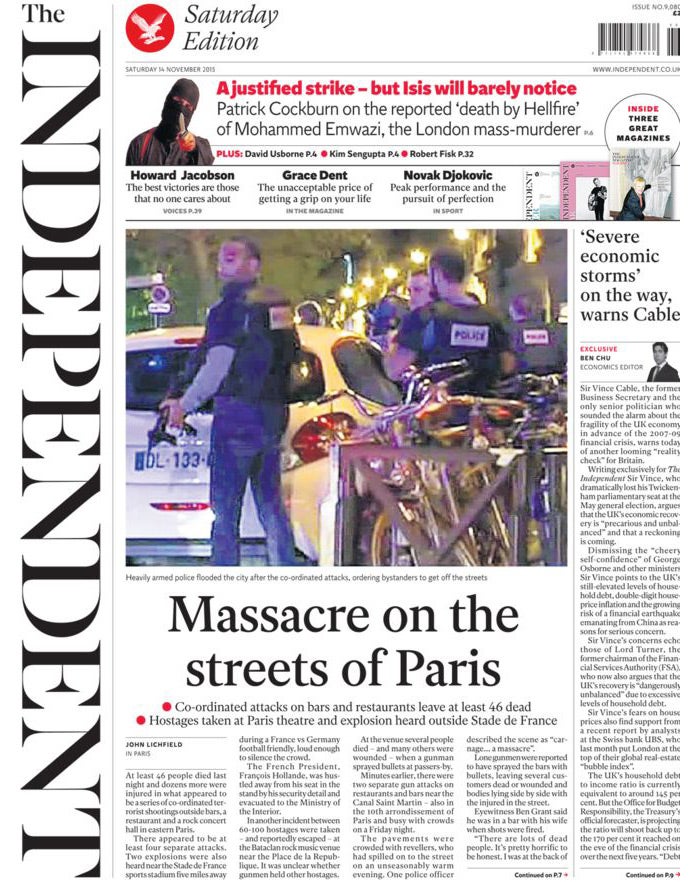 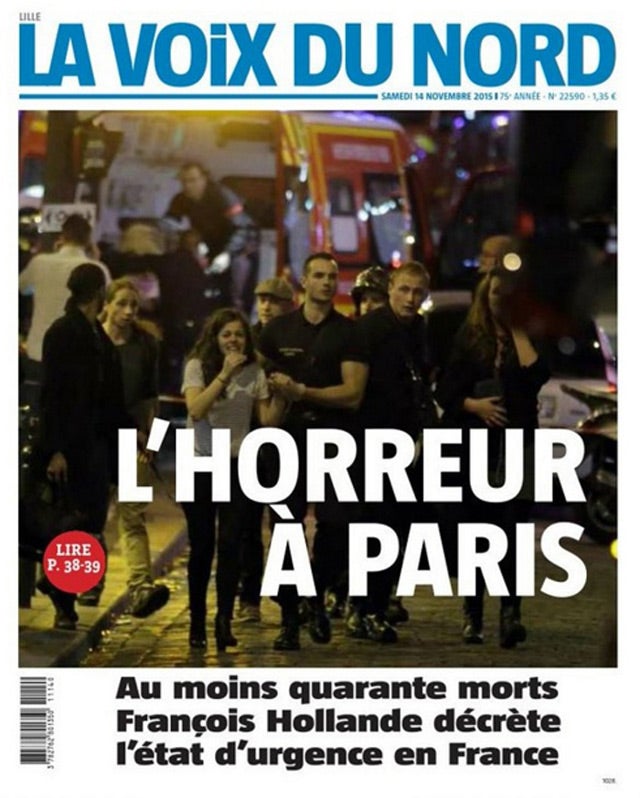 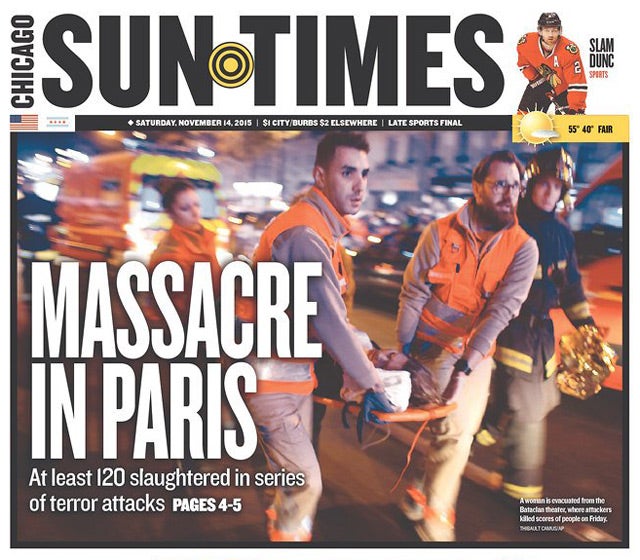 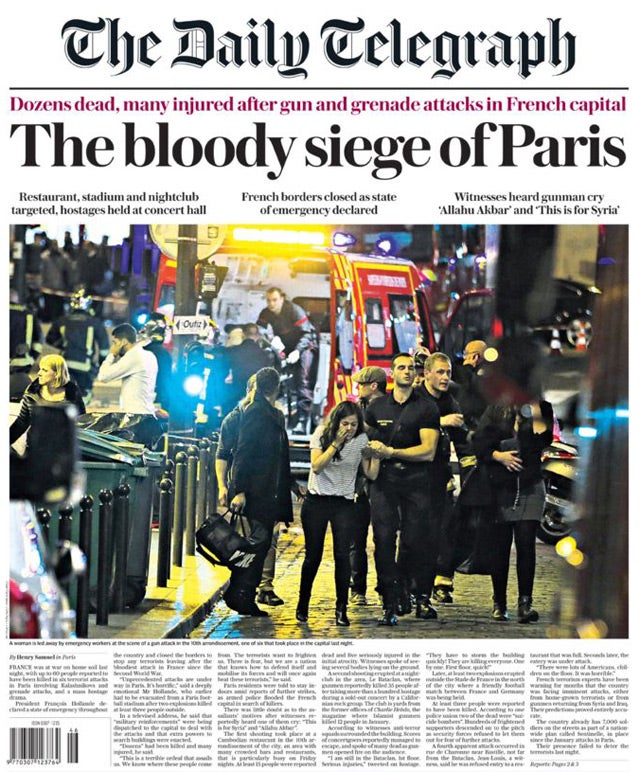 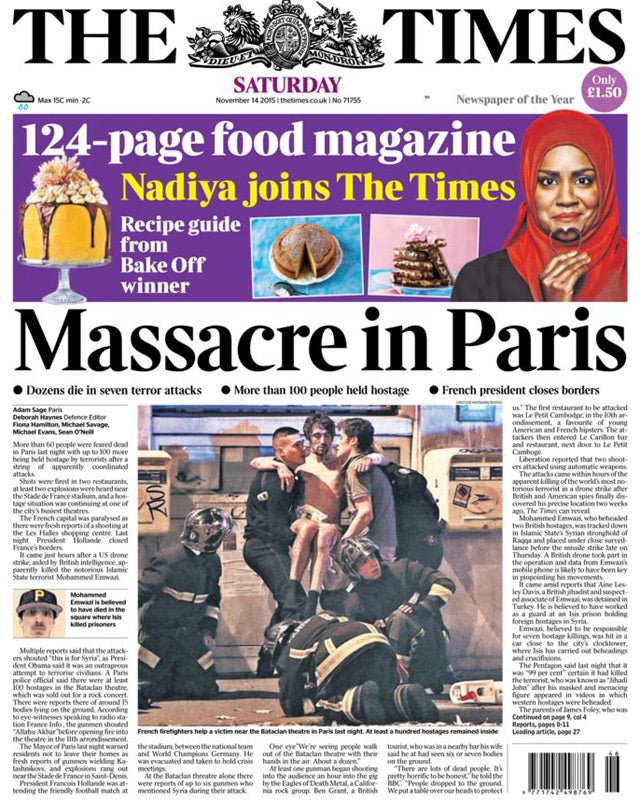 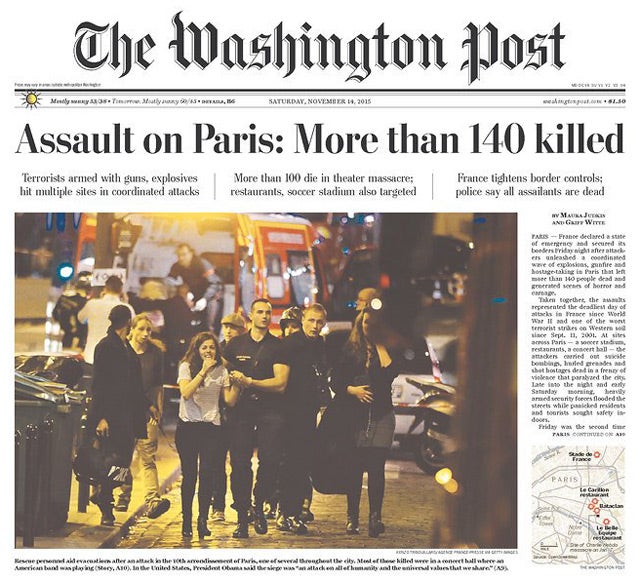 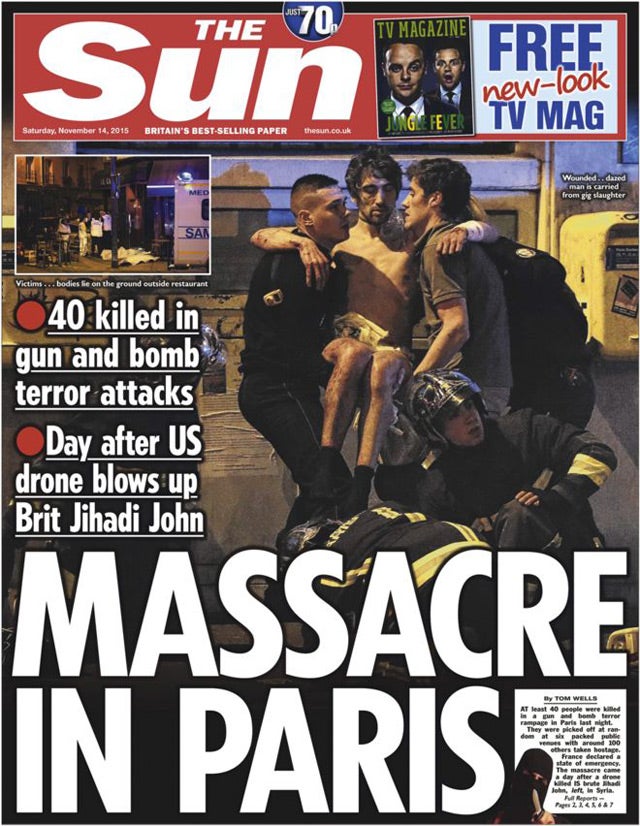 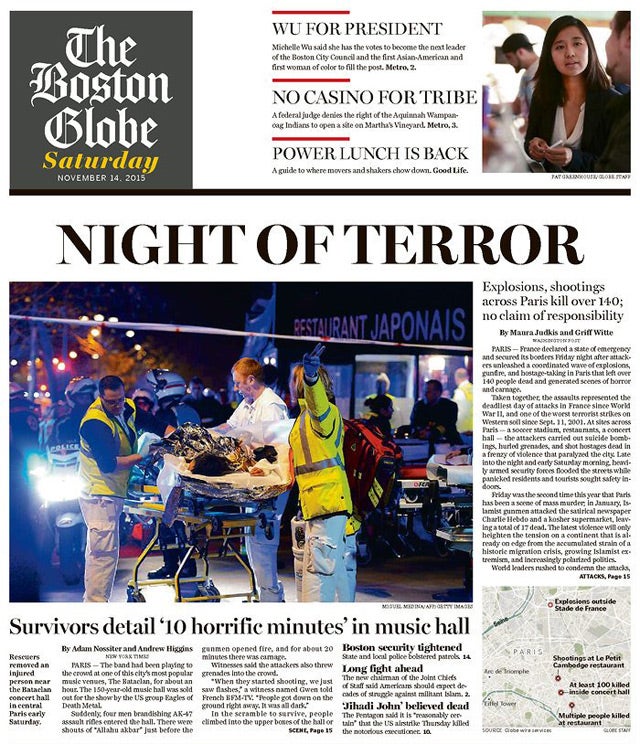 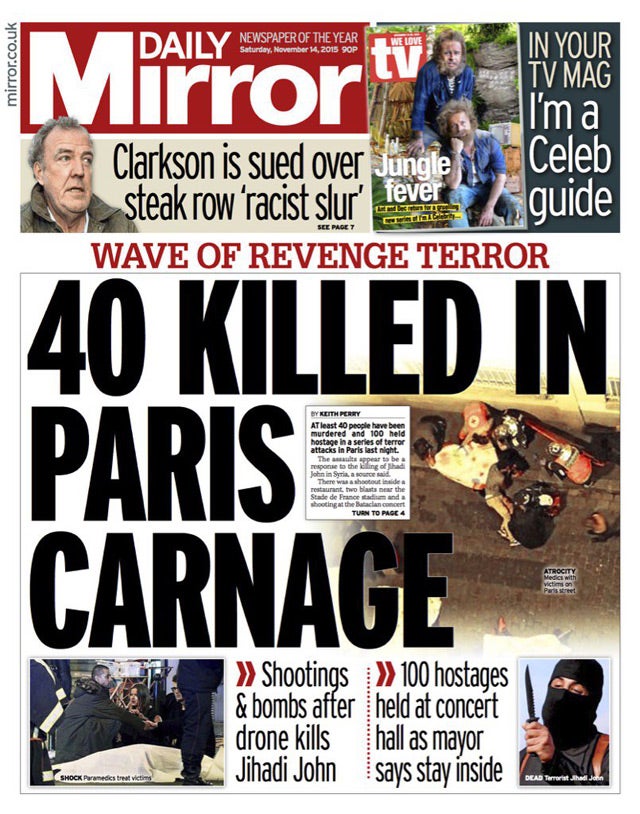 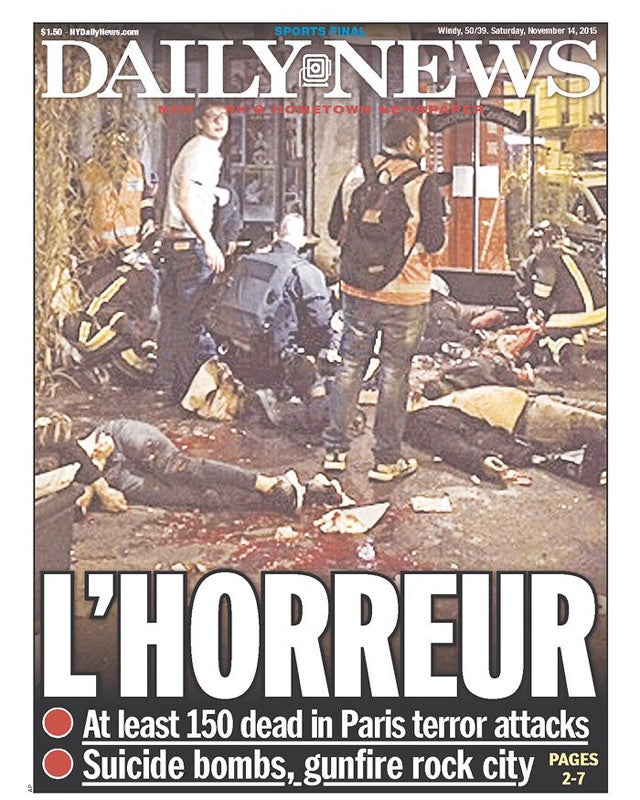 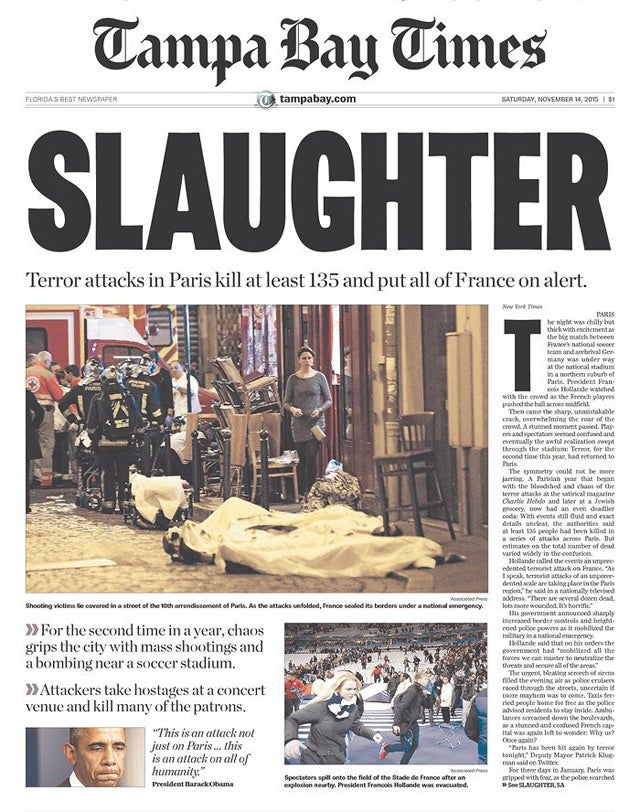 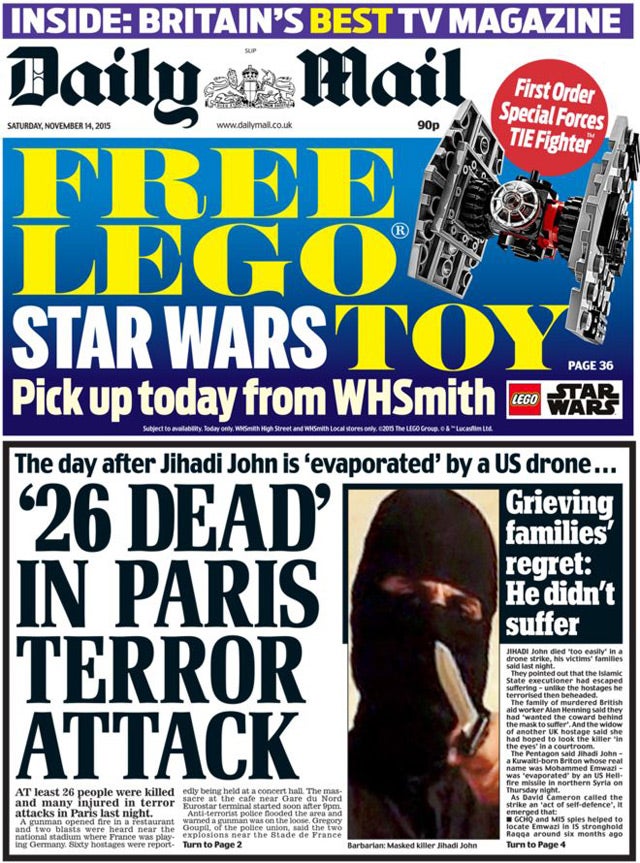 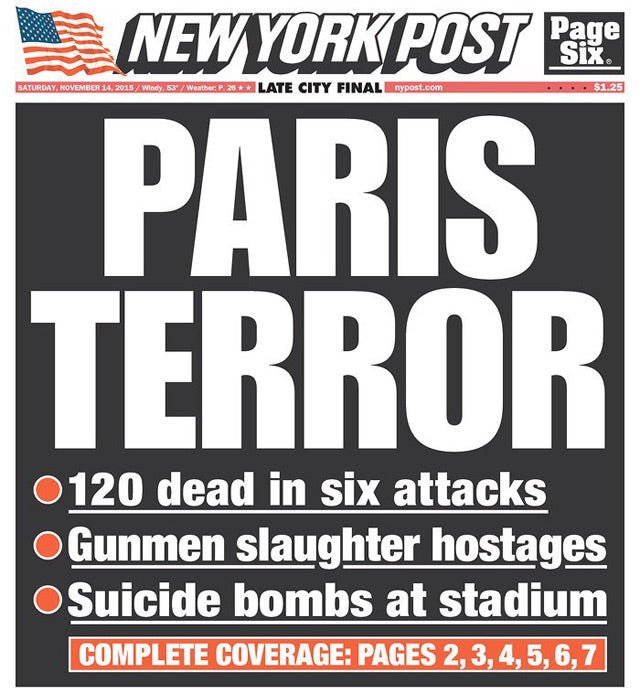 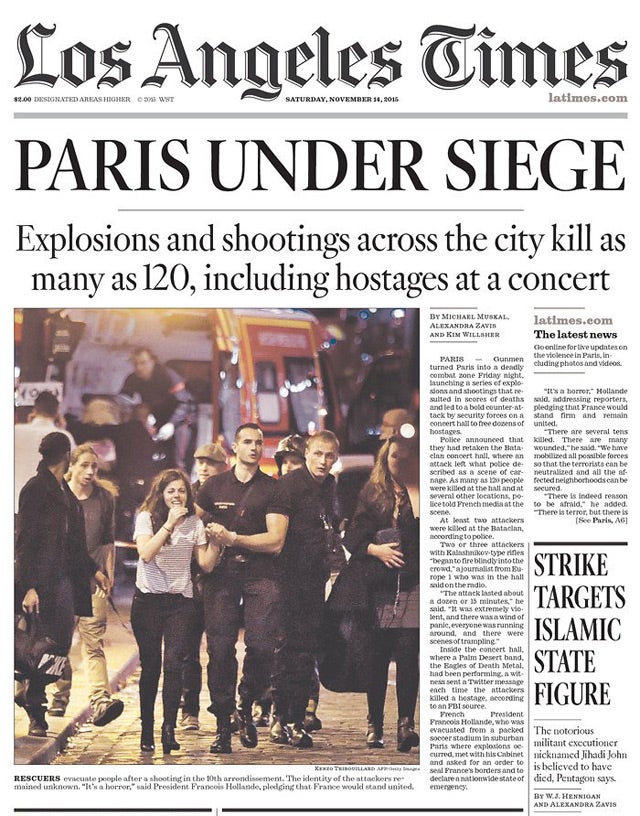