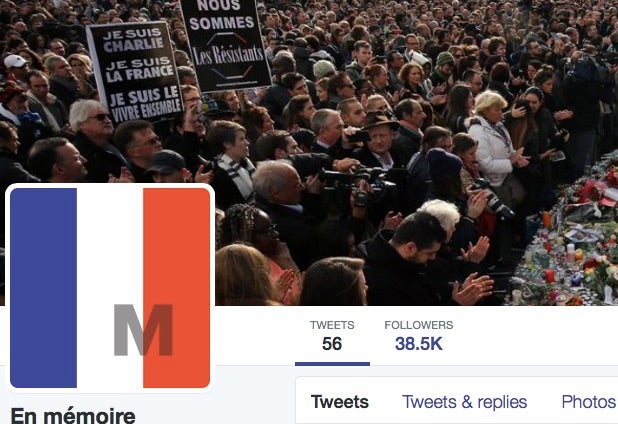 Mashable has created a special Twitter account to memorialize at least 129 people killed during the Paris terror attacks on Friday.

En mémoire, or @ParisVictims, is dedicating one tweet to each victim at a time.

A sample tweet reads: “Bertrand Navarret, 37, France. Loved skiing, surfing and rock music. “A loved and a rare intelligence.” #enmémoire.” Underneath the tweet is the victim’s picture.

The account has attracted nearly 40,000 followers since launching on Monday.

“Once we started to get the initial identifications of the victims, we knew it was going to be very important to compile an ongoing list and present it to our audience,” executive editor Jim Roberts told Nieman Lab.

“The part that I really like about this is its simplicity,” Roberts continued, adding that that although 140 characters doesn’t truly capture a person’s life, “it’s amazing how powerful 140 characters can be.”

“There was just something about that simple format that was really appealing.”