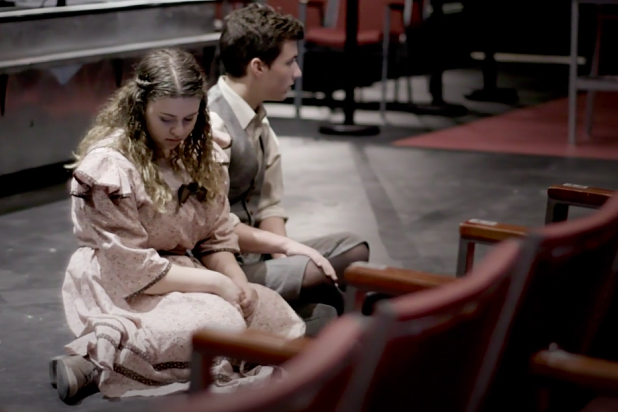 Just three months after 17 of their schoolmates were killed in a mass shooting, five students from Marjory Stoneman Douglas High School in Parkland, Florida performed in a local production of “Spring Awakening,” which actually had started rehearsals before the Valentine’s Day massacre. The journey they went on was captured in the documentary “Awakening: After Parkland,” which premiered Monday on Topic.

In an interview with Vulture published Tuesday, lead actress and national anti-gun violence activist Sawyer Garrity and documentary directors Darren Foster and Cristina Costantini explained how the kids channeled their grief into the production.

“I think it definitely helped to be in the routine of things,” Garrity said. “But the actual show itself, obviously, with songs like ‘Left Behind’ and dealing with suicide and stuff like that, it does open wounds that you are trying to heal. I don’t think it made it harder — if anything, it helped knowing that I was doing the show and just being who I was before everything happened.”

Also Read: David and Lauren Hogg Recall Parkland Shooting: 'No Actor Could Ever Portray That Sort of Trauma'

When asked if the teens ever considered canceling the show, Garrity said: “I think we all did. But in the end, we were like, ‘No, we have to do the show.’ It’s all about the teenagers speaking out because adults have failed them. And that’s what’s happening right now.”

And it wasn’t just a hard show for the kids to put on, as Foster says emotions were running high behind the camera too.

“There were definitely a few tears shed into the viewfinder during some of those rehearsals and performances,” Foster said. “Obviously, you try to keep some distance so you can see the full picture, but it’s so hard not to read into the themes of the play and how they connect with the real lives of these kids. Anyone that has a little bit of a soul is really impacted by that. I know we were. We’ve seen this rehearsed five times now, and it still gets us. You could attribute that to the material, but also just to the talent of these kids. Even in rehearsals, they were bringing it every day.”

Garrity said she’s hoping that the documentary will show “how much art, music, and drama can help people going through something as traumatic as what happened on February 14th.”

“And I want them to see that kids are going to make a difference,” she added. “The whole show is about kids speaking up and then being themselves. And that’s all that really matters, you know?”