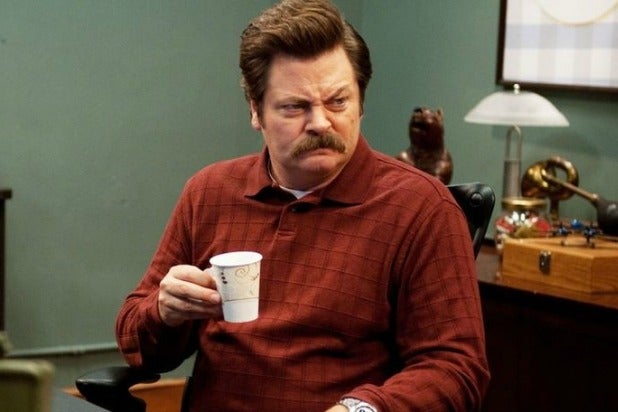 National Rifle Association spokesperson Dana Loesch was on CNN Wednesday night for the network’s town hall on school shootings to deliver the NRA’s stance against gun control to a hostile crowd and several of the survivors of last week’s school shooting in Parkland, Fla., and their families.

The crowd heckled Loesch throughout the event, with some even exclaiming “You’re a murderer!” at several points.

Just after the event, the NRA tweeted a GIF to back up Loesch — that drew the fire of the co-creator and cast of the now-gone but much-loved NBC series “Parks and Recreation.” Here is the tweet in question:

.@DLoesch thank you for being the voice of over 5 Million #NRA members. pic.twitter.com/WDz7vujXfM

Yes, the NRA really did use a GIF of “Parks and Rec” main character Leslie Knope, played by Amy Poehler, to compliment Loesch for her performance in the face of that hostile crowd.

And that tweet, in turn, led to strong responses by several of the actors who starred on the show as well as co-creator, Michael Schur.

Schur’s response was pretty polite to start off, at least until he also shared Poehler’s reaction to the NRA’s use of her face.

Hi, please take this down. I would prefer you not use a GIF from a show I worked on to promote your pro-slaughter agenda.

Also, Amy isn't on twitter, but she texted me a message: "Can you tweet the NRA for me and tell them I said fuck off?" https://t.co/YXSdzCdvdd

Nick Offerman, who played the surly Ron Swanson on “Parks and Rec,” offered a similarly structured response of his own.

.@NRA @DLoesch our good-hearted show and especially our Leslie Knope represent the opposite of your pro-slaughter agenda – take it down and also please eat shit. ???????? https://t.co/Ar2YF4yoic

For fans of “Parks and Rec,” the response from Schur, Poehler, Scott and Offerman is probably about what they would have expected.