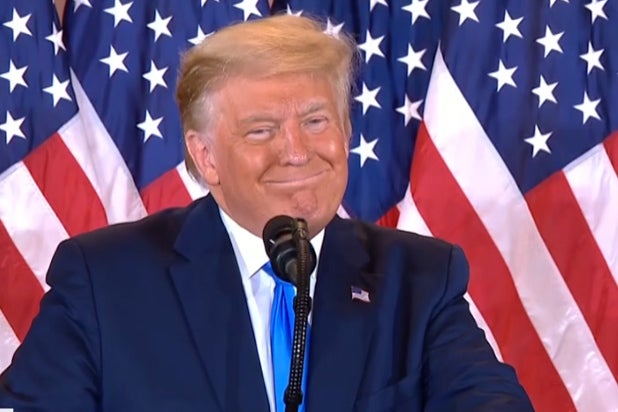 Are conservatives ditching Twitter following the election? It looks that way, with Parler, the two-year-old social platform aiming to be a free-speech haven for disenchanted Twitter users, enjoying record growth over the last week.

Parler jumped to the top of both Apple’s App Store and Google Play’s free app rankings on Monday. On Sunday, the app was downloaded 636,000 times on both Apple and Android devices, according to data provided by Sensor Tower. That’s more than 5 times its previous record for single-day downloads, Sensor Tower said.

And from Election Day through Sunday, Parler was installed on 980,000 devices in the U.S. For reference, the app typically averages about 200,000 downloads per month.

The spike in downloads follows President Trump losing to Democratic nominee Joe Biden in the 2020 presidential election. President Trump, although a frequent user, has had a contentious relationship with Twitter, as well as Facebook, with both companies adding warning labels to a number of his posts in recent months. Those moves have irked the president — he’s asked federal regulators to revisit the 24-year-old law that grants tech giants the ability to moderate content as they see fit — and many of his supporters, who feel Silicon Valley has been especially tough on conservative voices.

Previously, the platform’s popularity and notoriety soared in June, after a number of right-leaning politicians and pundits, including Sen. Ted Cruz and Sean Hannity, signed up and started posting, or parleying, messages. Parler is available to anyone, but it has been embraced primarily by conservatives and independents who aren’t fans of Twitter and Facebook’s moderation policies.

As Twitter and Facebook have been increasingly proactive in moderating content, Parler has looked to position itself as the anti-Twitter. Parler’s App Store self-description — that it’s a “non-based, free speech social media” platform — is telling. While larger platforms look to weed out “hate speech,” Parler’s view is that more speech, not less, is the best solution.

“The best thing is for everyone to engage with a bad idea and shut it down through public discourse,” 27-year-old Parler founder John Matze told Forbes earlier this year.

He later added: “There are going to be no fact checkers. You’re not going to be told what to think and what to say. A police officer isn’t going to arrest you if you say the wrong opinion.”

Twitter, meanwhile, is coming off a tough Q3 where it added only 1 million new users. That stood in contrast to Q2, when Twitter, helped my more people staying at home due to COVID-19, added a company-record 20 million new users.