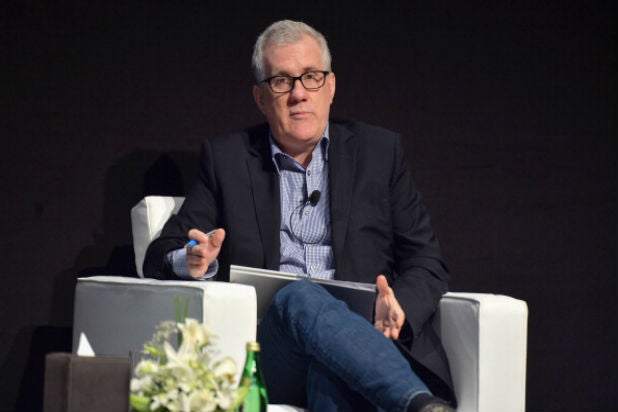 Linde will assume his new role on Nov. 1. Jeff Skoll, founder and chairman of Participant Media, made the announcement.

Linde joins Participant Media from Lava Bear Films, a company he launched after previously serving as the chairman of Universal Pictures, as well as holding executive roles at Focus Features, Good Machine Inc. and Miramax.

“David is the perfect leader for Participant,” Skoll said. “David has the creative acumen to tell stories on the issues that matter, the respect of the artistic and business communities, and entrepreneurial talent to advance these stories by any means possible throughout the world.”

Participant has a slate of 12 films in 2015. Upcoming releases include Steven Spielberg‘s “Bridge of Spies” and Cary Fukunaga‘s “Beasts of No Nation.”

Linde’s background spans production, global distribution and building multiple companies from the ground up. He previously served as chairman of Universal Pictures. During his tenure, the company delivered such global hits such as Paul Greengrass‘ “The Bourne Ultimatum,” Ridley Scott‘s “American Gangster,” and Quentin Tarantino‘s “Inglorious Basterds.” While at Universal, Linde served on the NBCUniversal board of directors and as the chair of NBCUniversal’s diversity council.

Previously, Linde ran specialty film studio Focus Features and its genre division, Rogue Pictures, which were formed from Universal’s acquisition in 2002 of Good Machine and Good Machine International, of which Linde was a partner.

At Focus, Linde oversaw a slate that included Roman Polanski‘s “The Pianist,” and Sofia Coppola‘s “Lost in Translation.”

Before Good Machine, Linde served on the leadership team at Miramax Films and Miramax Films International, where he led the acquisition of Peter Jackson‘s “Heavenly Creatures,” as well as the international distribution of Quentin Tarantino‘s “Pulp Fiction,” Wes Craven‘s “Scream,” and Anthony Minghella’s “The English Patient.”

Linde will continue to work with Lava Bear’s President and Partner, Tory Metzger on the company’s 2016 release slate. Lava Bear’s development slate of over 15 titles and upcoming productions will continue to be overseen by Metzger, with Linde’s support during his transition.