Hollywood lived it up this week with a blogger birthday bash, a celebration of planet-savers and an event that really had its ups and downs. Read on for TheWrap’s breakdown of the week’s most exciting events. 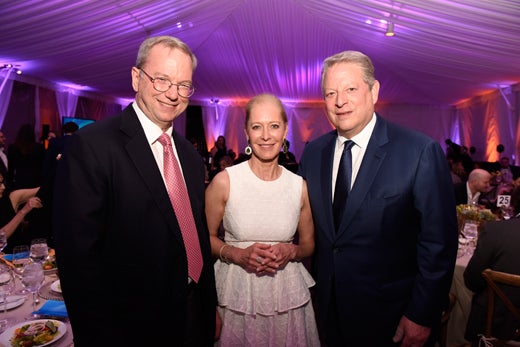 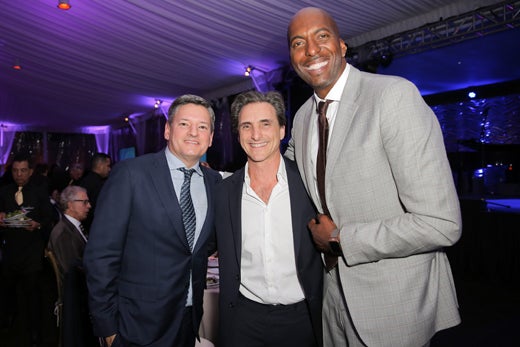 Among other events, Pritzker previously opened up his estate to host a fundraiser for the now-defunct Marco Rubio presidential campaign.

The results for the latest event were much stronger: Jane Fonda, Goldie Hawn, Maria Bello, Rashida Jones, Rosario Dawson and Courteney Cox were on hand as honorees Schmidt, wife Wendy Schmidt (who runs the Schmidt Ocean Institute), Sarandos, and Skoll were hailed as “Champions of Our Planet’s Future.”

Between creating what we now know as Google, eBay, and Netflix, among others, it’s safe to also call those who were there champions of our planet’s present. 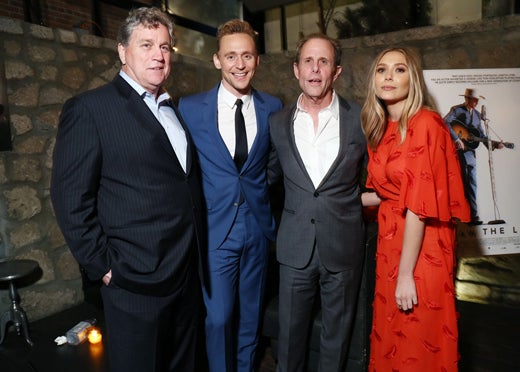 Elizabeth Olsen spent her last day of shooting the Hank Williams biopic “I Saw the Light” with Hank-incarnate Tom Hiddleston bawling on camera.

“We took our crew picture that day and it was after the scene where [Olsen’s character Audrey Williams is] in a hospital,” the actress told TheWrap at the Egyptian Theatre this week before the film’s Friday debut. 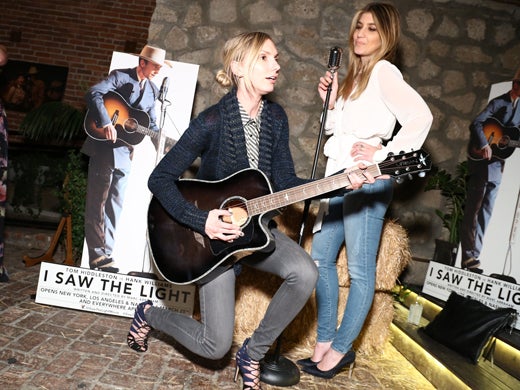 Before the film screened, Tom Hiddleston’s renditions of Hank Williams classics filled the theater. At the after-party, the instruments were props for photos like this, helped along by the pours from 50 Bleu Vodka. (Sara Jaye Weiss)

“Essentially, I was weeping for six hours,” Olsen continued. “So in the crew/cast photo, there is a huge group of people and I’m very small, but all you can see is how swollen my eyeballs are.” 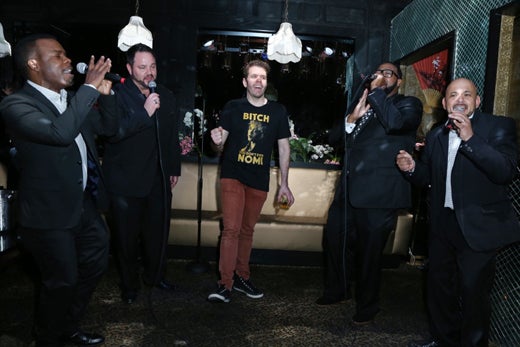 The group All-4-One sang the classic “I Swear” to Perez Hilton at his birthday party at Blind Dragon on March 24, 2016. (Faye Sedou)

The invite to Perez Hilton’s 38th birthday party taunted “The Bitch is Back,” which could have been misread as a return to his original snarky incarnation, but actually referenced the New York-based father of two making a return to West Hollywood for his annual birthday bash.

The block was hot, with Lionel Richie, Kylie Jenner, and Karrueche Tran all at Roku during Perez’s dinner, which preceded a bash at attached karaoke hotspot Blind Dragon.

“I’m so thankful I don’t have a drug problem, an alcohol problem, I don’t have AIDS, I have two kids — not that there’s anything wrong with those things,” the man referred to by friends as Mario told the crowd. “I’m grateful for what I have, which is a lot of friends who showed up tonight.”

Also showing up: ’90s crooners All-4-One. The quartet had attendees’ hands in the air swaying to their wedding and radio staple “I Swear,” which they performed for a crowd that also included Jai Rodriguez and Pussycat Dolls founder Robin Antin. 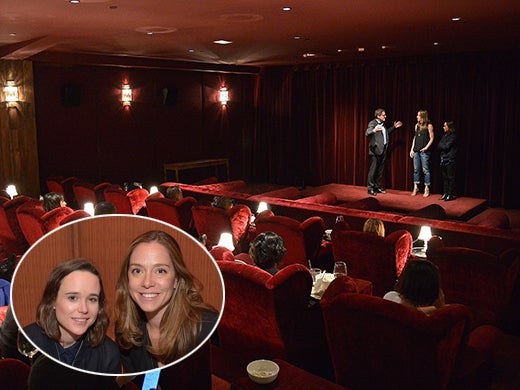 During an event this week for “Tallulah,” writer-director Sian Heder admitted that, after expending her allotted time with both of the twin babies that star with Ellen Page in the film, she sent out a bat signal for her own infant to stand in for the tots.

She called her own child the film’s “booty call baby.” (Insert your own “Necessity is the mother of invention” joke here.) 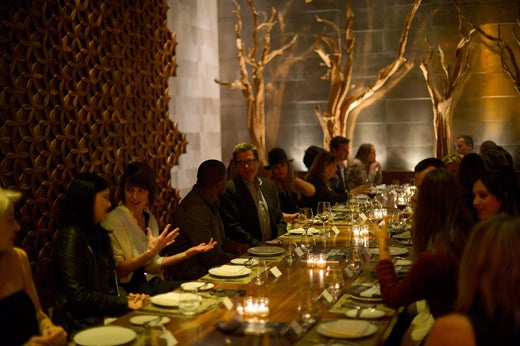 Film Independent and Audi did “dinner and a movie” in reverse: Movie, then a cinephiles’ breakdown over at Boa on Sunset. (Charley Gallay/Getty Images)

After selling the film to Netflix before Sundance and getting rave reviews in the mountains in January, Heder, Page, Film Independent president Josh Welsh and Audi invited a few fresh eyes to see the film with Heder and Page at Soho House this week. The gathering included a post-screening discussion over dinner at Boa among a group that included “Dear White People” producer Stephanie Allain and Hertz Lichtenstein film lawyer Ilyssa Adler.

“This (Dinner and A Movie) is my favorite event,” Film Independent’s Welsh said. “Because it’s exactly what it sounds like.”

Here are my top three takeaways from riding the “virtual reality roller-coaster” called Revolution during a celebrity and influencer sneak preview at Magic Mountain. It debuts this weekend and you ride it while wearing a Samsung Gear VR headset. 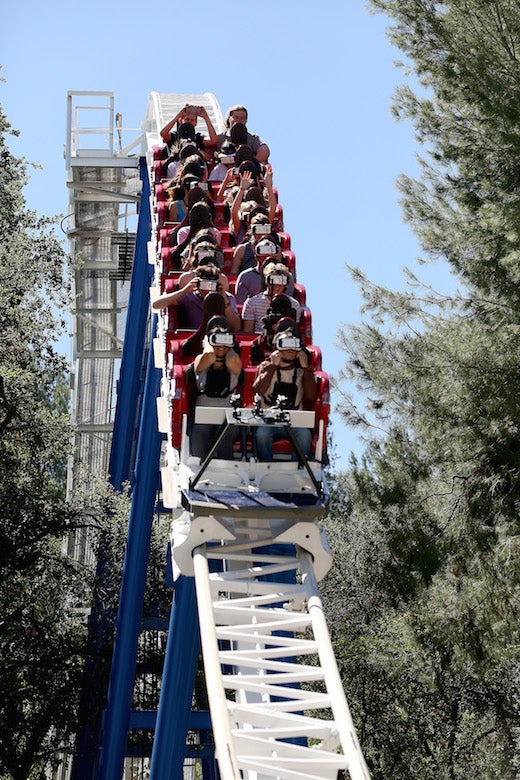 Select invitees like fashion photographer Cobrasnake and actor Jayson Blair got to test drive the first VR coaster before it opened to the public.  There is a game element to it, where you can “fire” weapons inside the Gear VR to hit flying enemy alien ships.  (Jonathan Leibson/Getty Images for Samsung)

1. No more fighting for the front car. It does not matter where you sit.

2. It is completely disorienting in a good way, because you have no idea when drops, spins or an upside-down loop is coming.

3. This is so much better than riding the subway wearing headphones. 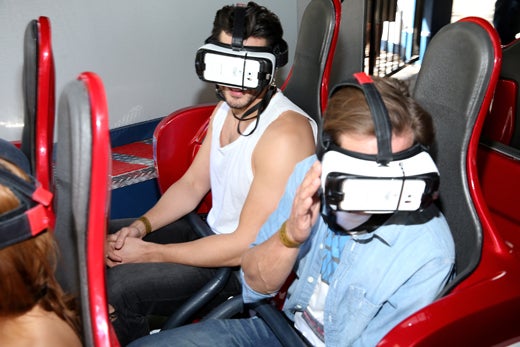 Jayson Blair and Patrick Bates ready to fight a VR alien invasion while riding the Revolution coaster at Magic Mountain.

The tech-heavy ride will be featured in select Six Flags parks across the country. I can attest, it’s novel even in the growing VR space, and even for someone whose favorite ride is traditionally “the cocktail garden.”