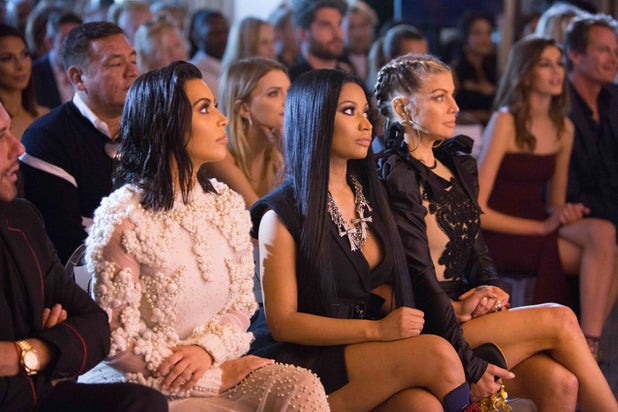 Front Row Daily
The front row always matters, even if it's not a fashion show. Influential fashion trade the Daily Front Row lived up to its name with a knockout lineup at it's 4th annual Fashion Los Angeles Awards at the Sunset Tower in West Hollywood on April 2.    Kim Kardashian, Nicki Minaj, and Fergie made a close-knit troika. Minaj took selfies during the presentation of awards to stylists and trendsetters. 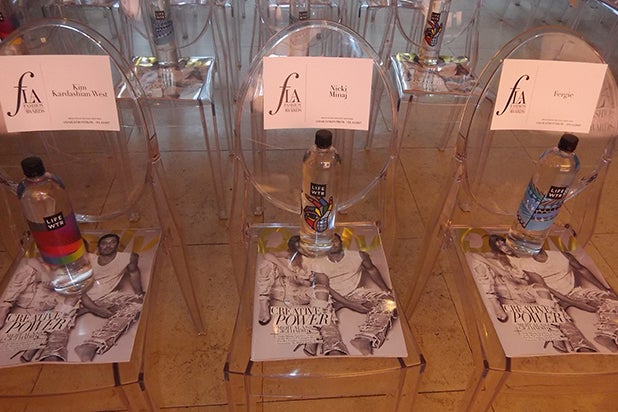 Mikey Glazer
With the red carpet over the pool -- a new setup for the event heavy Sunset Tower -- the intimate awards hall was empty as the cocktails and Kim Crawford wines flowed on the sunny deck. 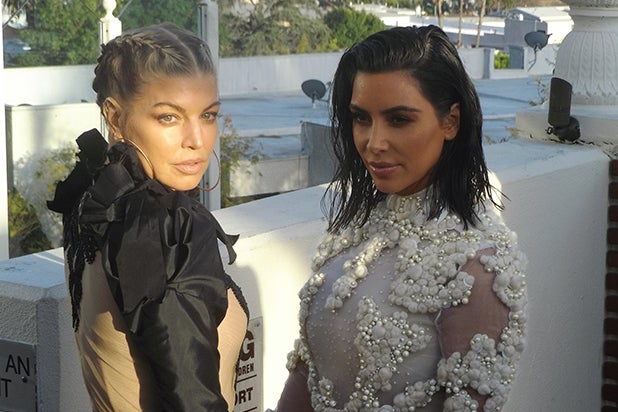 Mikey Glazer
Fergie socialized on the pool deck during the cocktail hour. The crowd was an ego-destroyer: a genetic sea of bones and height that makes the Oscar crowd look like Comic-Con. 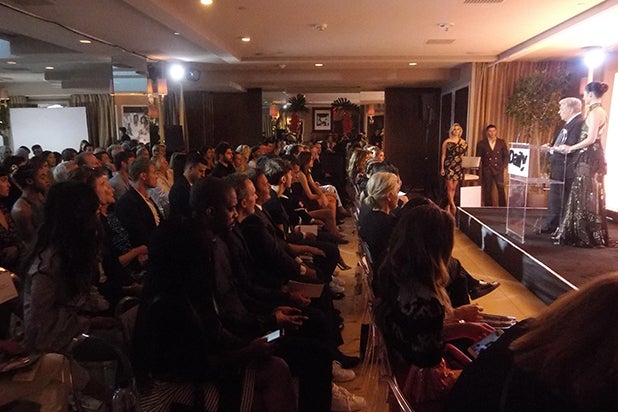 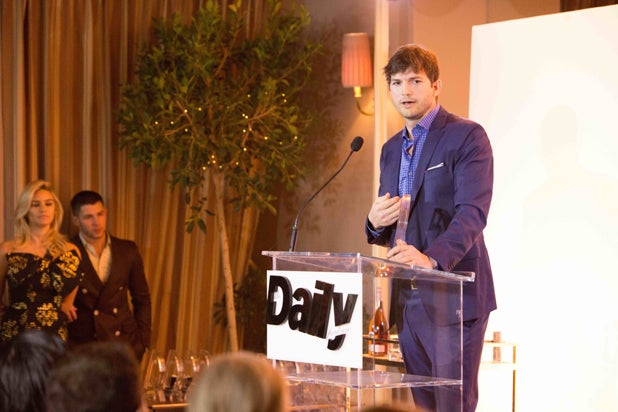 Mikey Glazer
"When the person I know myself to be meets the person I want you to think I am, it's called 'vulnerability,'" Kutcher said of his collaborations with stylist McMillen. 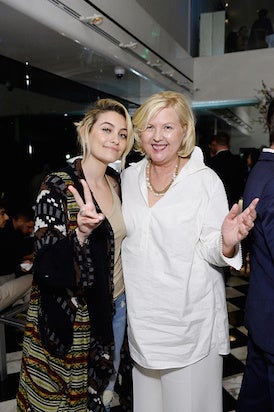 Getty Images
Paris Jackson's deb-ball year continues. After an apperance at the GLAAD Media Awards the night before, Paris was turning heads even in this room, posing here with Daily Front Row Editor-in-Chief Brandusa Niro. 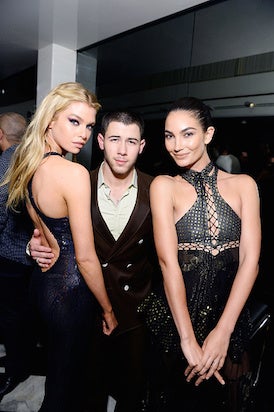 Getty Images
Stella Maxwell (with host Nick Jonas and Lily Aldridge at the Mr. Chow after party) is a biological example of someone who disappears when they turn to the side. I know nothing about high fashion except that her dress size has to be "one sheet of paper." 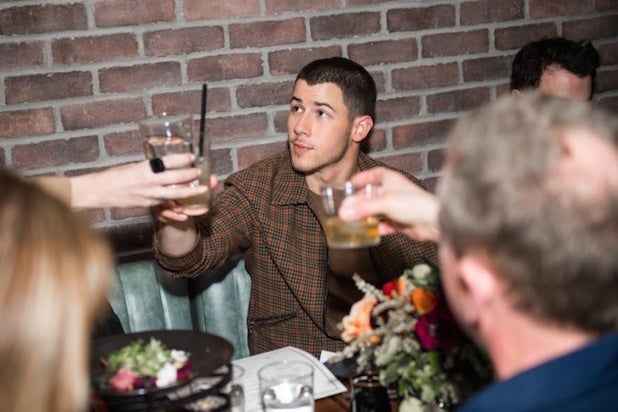 Getty Images
On Wednesday night (Apr. 5) Jonas was the main man again, celebrating his Los Angeles Confidential cover at a dinner party with the mag's chiefs Alison Miller and Spencer Beck in the private room at Catch.  Jonas has a collaboration with cool kicks brand Creative Recreation, who co-hosted with the mag. 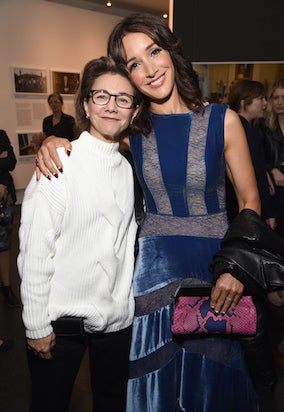 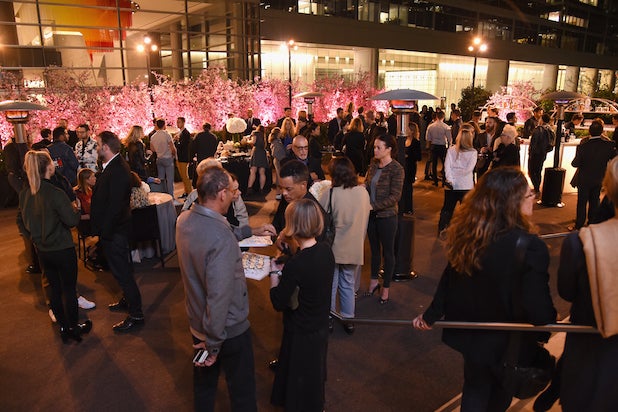 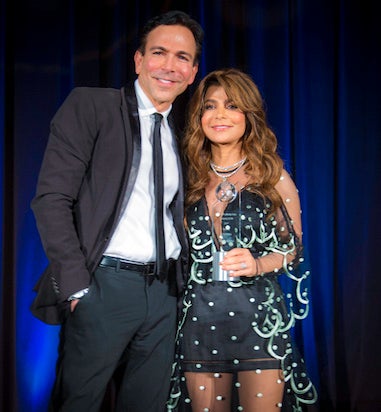 Kevin Rochon
Dr. Bill Dorfman presented Paula Abdul with the Music Visionary Award at the unite4:humanity Gala at the Beverly Wilshire on April 7.   Wilmer Valderrama, Amber Heard, and Lisa Vanderpump were amongst the other honorees at the Billionaires Row Champagne and Powerteam International sponsored event. It raised money for the unite4:good Foundation. 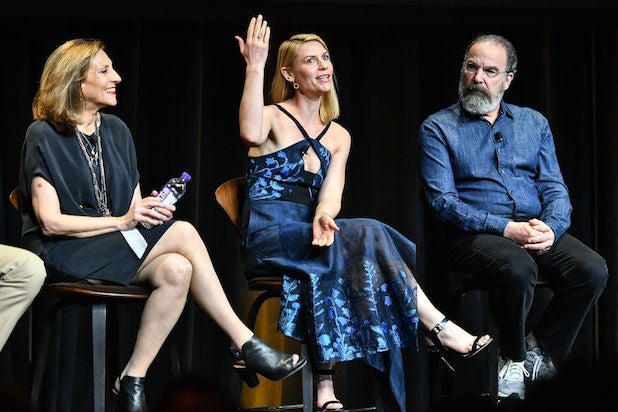 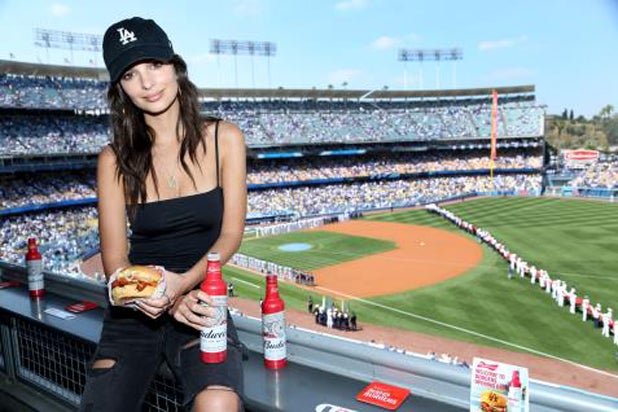 AP/Invision
The sellout crowd at Dodger Stadium for an opening day demolition of the San Diego Padres (14-3) included Emily Ratajkowski perched up in the new "Bud & Burgers" suite. 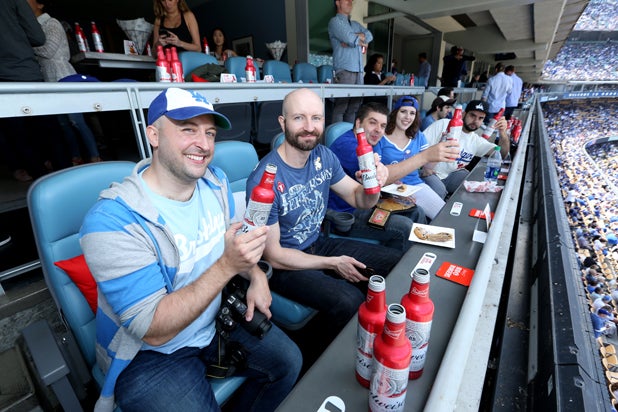 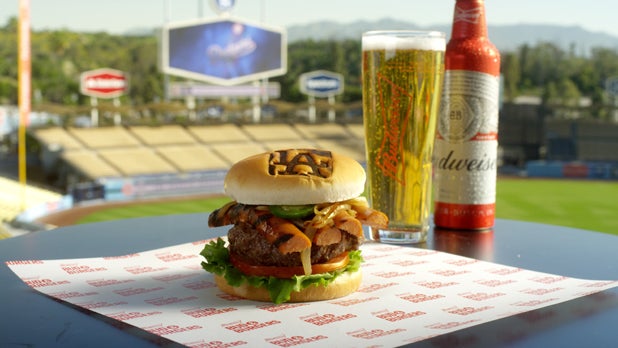 AP/Invision
The Official Burger of the L.A. Dodgers (it has a Dodger Dog inside, which solves the dilemna for those who can't decide whether they want to throw a dog or a burger in their mouth while watching Clayton Kershaw throw heat for $13.50). Also, new team-specific Budweiser cans feature graphics designed by local artists. 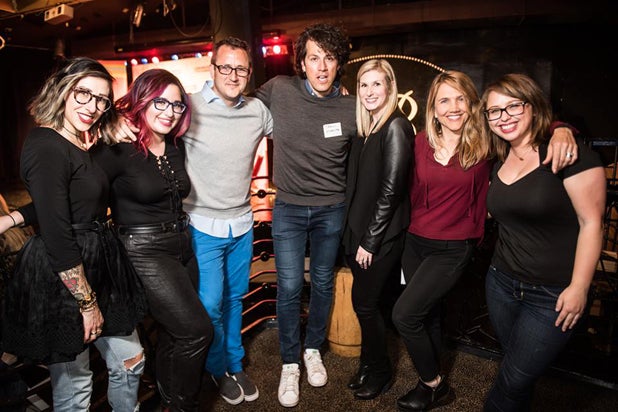 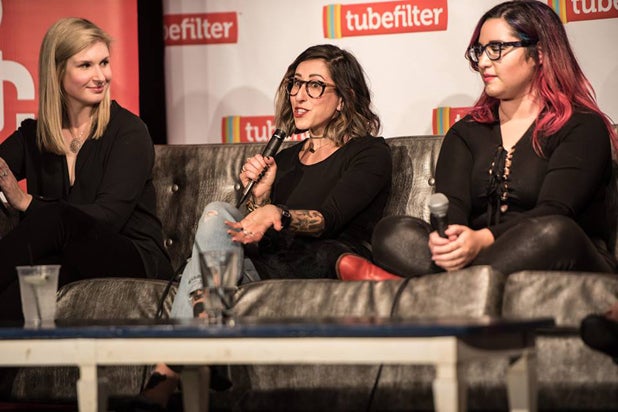 Tubefilter
The conversation veered towards the sometimes awkward courtship with brands that seek access Gen-Z females via outdated demographic data. "Look at the census," Beautycon's Starkman said. "[Brands] should not be programming to the part of America that is going to be the minority in America next year." She was talking about white people. 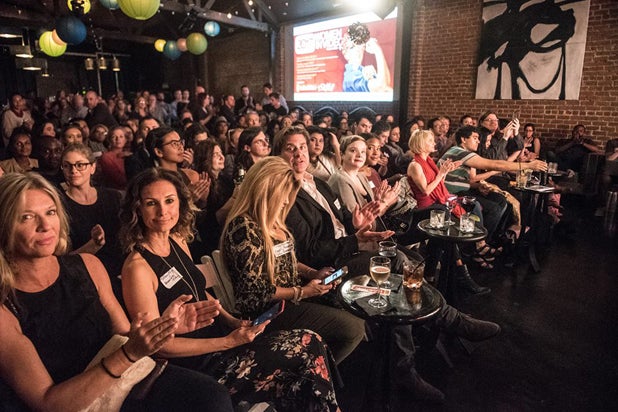 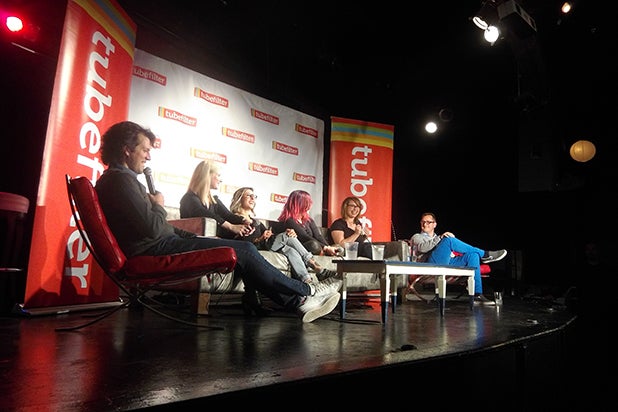 Mikey Glazer
"You have to thread that needle of being both 'the influencer' and a publisher," Snarled's Jason Ziemianski (far right) said. "Otherwise, you’re just a content farm and you're not going to develop the loyalty that we see in Laci [Green]." 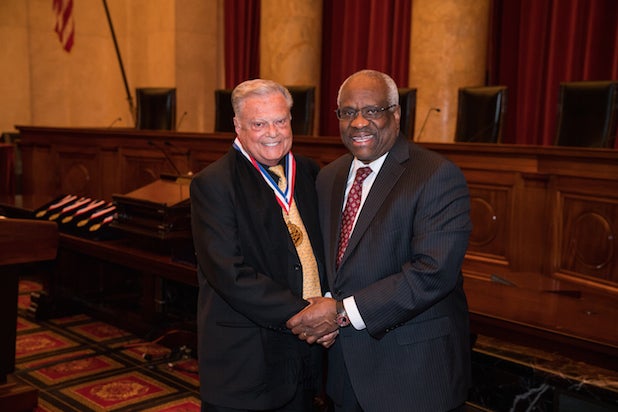 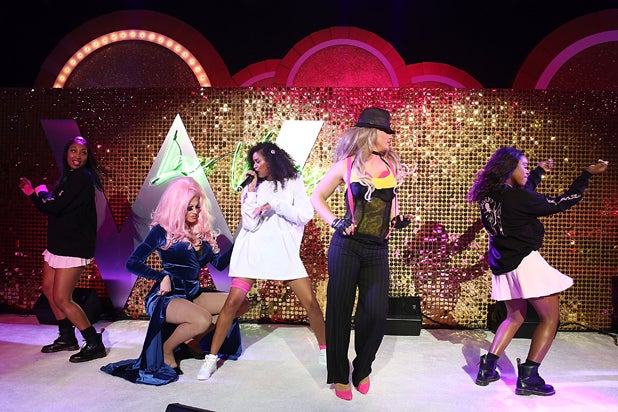 Getty Images
Meanwhile in Las Vegas, Aluna George was one of the featured performers at the opening of the new W Las Vegas Hotel. It occupies one tower of the SLS on the north end of the strip. 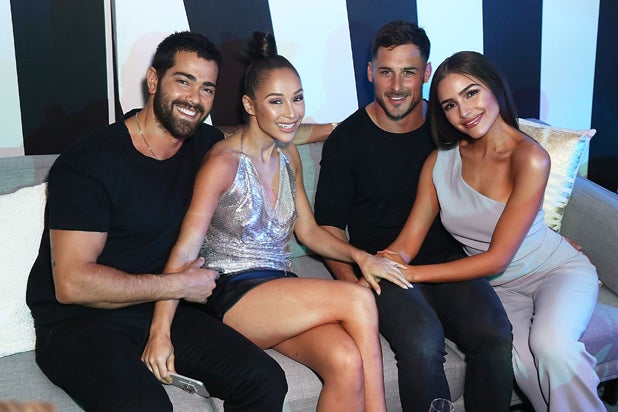