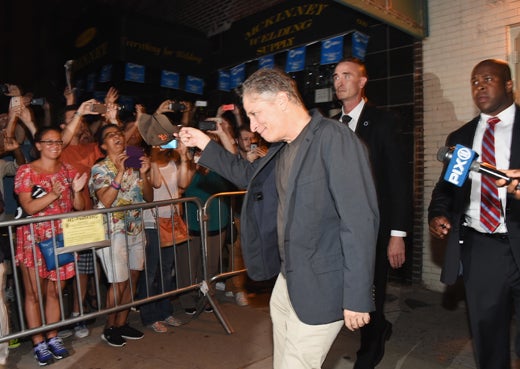 Getty Images
New York Mets fan Jon Stewart gave fans a Derek Jeter-esque tip of the cap as he left "The Daily Show" for the last time in Manhattan on Thursday night. 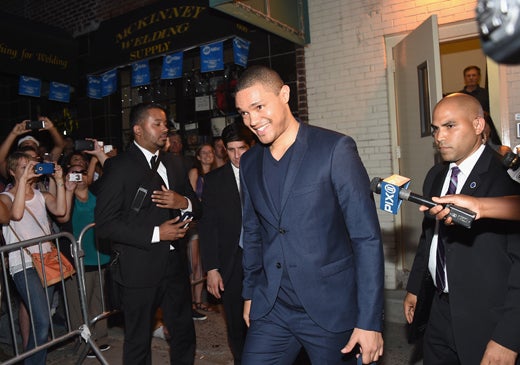 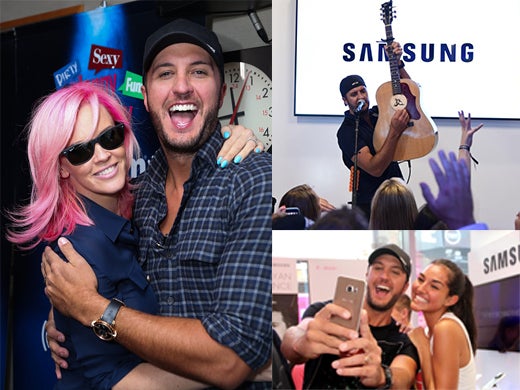 Getty Images
"I like huntin', fishin', and lovin' every day," Luke Bryan said on his press whip through NYC this week, that included Jenny McCarthy (left), a chat with Erin Andrews, and a capping performance in Soho for the launch of the Samsung Galaxy 6 Edge + and Note 5. 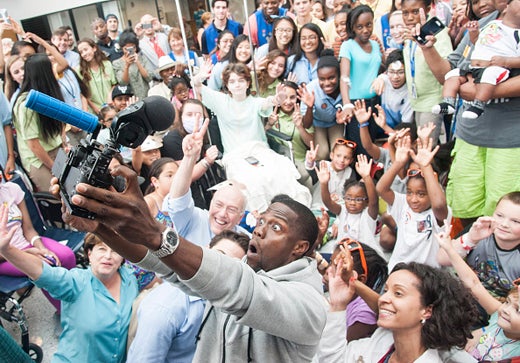 Getty Images
On Friday, Kevin Hart tried to get as many kids in to the frame, and in to shape, at the Children's National Medical Center in D.C. 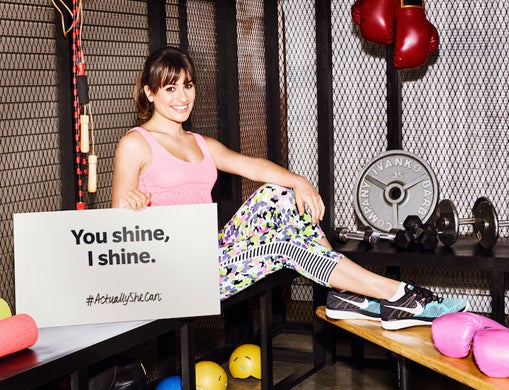 #ActuallySheCan
"I attribute my personal and professional successes to not only my self-reliance and determination, but to the inspiration, education and support I received from others,” Lea Michele said in the #ActuallySheCan campaign. 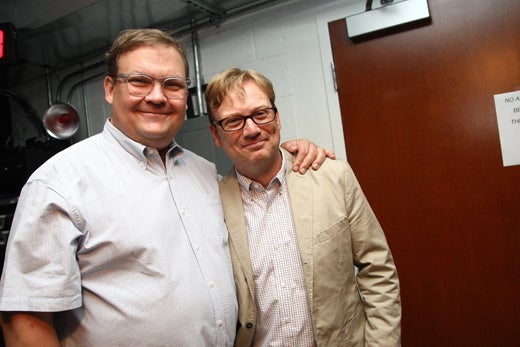 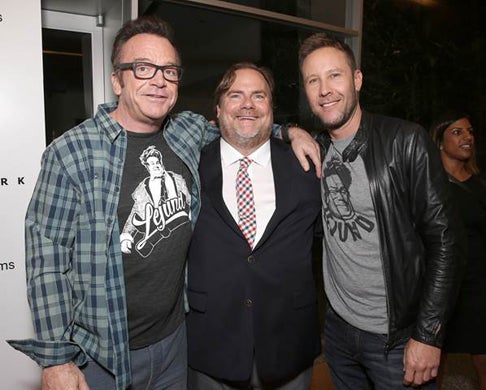 Todd Williamson/ Wireimage
It does not count if one of the "2 Thumbs Up" is your own. Tom Green and "I am Chris Farley" director Brent Hodge after the STK Out catered screening at the Pickford Center. 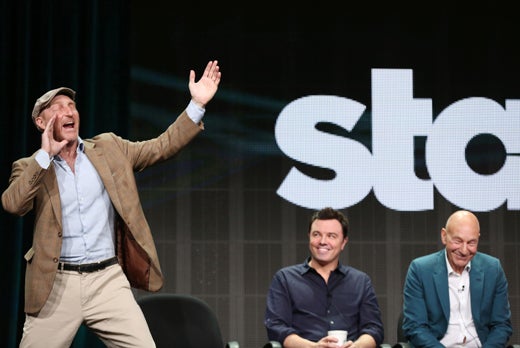 Starz
"Blunt Talk's" premiere is not until Monday night at the DGA, but creator Jonathan Ames gave a sneak of his "Hairy" call at the TCA's for an audience that was bigger than just Seth MacFarlane and Patrick Stewart (pictured). 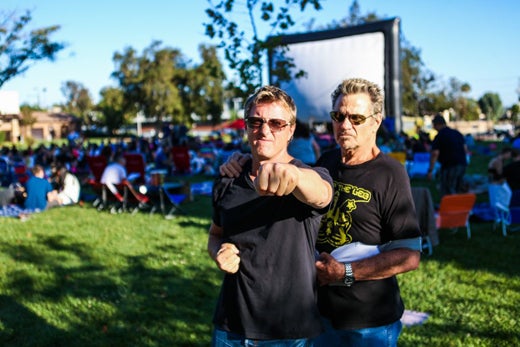 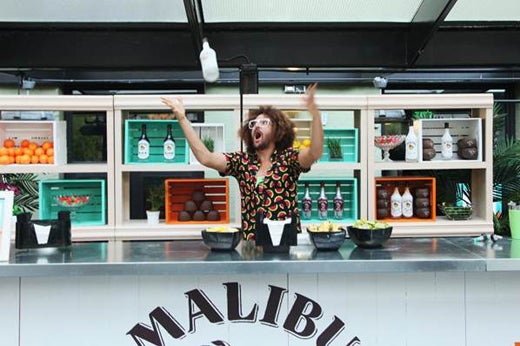 Peter Larsen/Getty Images for Pernod Ricard
This newest Malibu beach house is in ... Dallas, where singer Redfoo turned up for a promo appearance in Texas that had  a musical tie to Pandora. 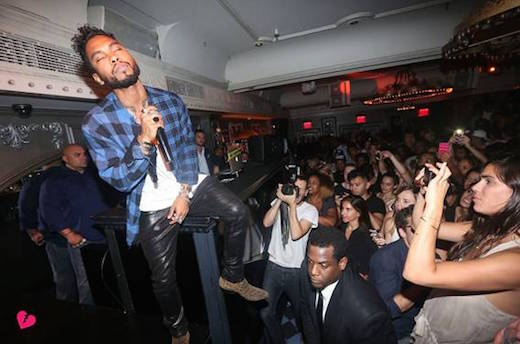 Craig Giambrone @ikelovejones
"Who wants to have fun tonight?" Miguel shouted as the Grammy winner grabbed the mic at Up&Down in NYC on Thursday night. Alexander Wang was in the crowd. 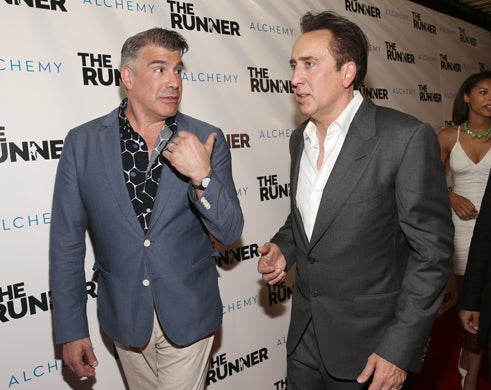 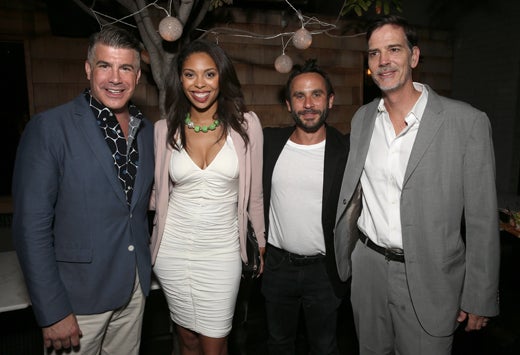 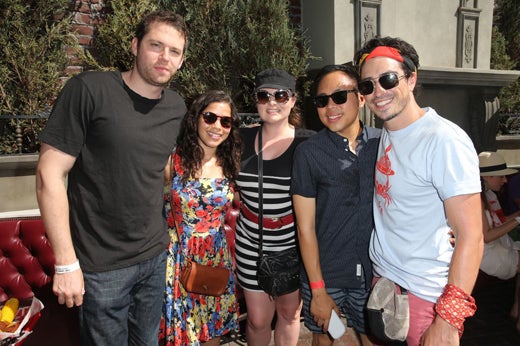 Imeh Akpanudosen/Getty Images
The 301 (Maryland) to 310 (L.A.) connection was strong at Ben Feldman and Duff "Ace of Cakes" Goldman's Crab Fest at No Vacancy on August 2. 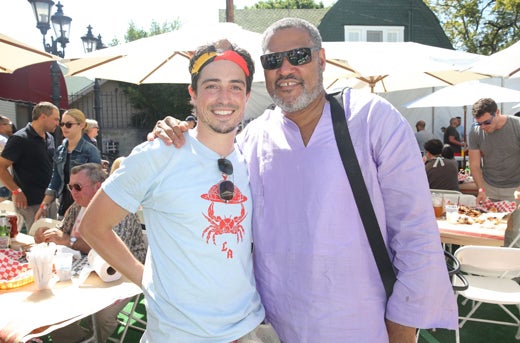 Imeh Akpanudosen/Getty Images
Ben Feldman is the odd man out amongst chefs Duff Goldman, Michael Voltaggio, and Bryan Voltaggio. The Sunday afternoon feast gave every cent to Chrysalis, which creates a pathway from homeless to self-sufficiency. 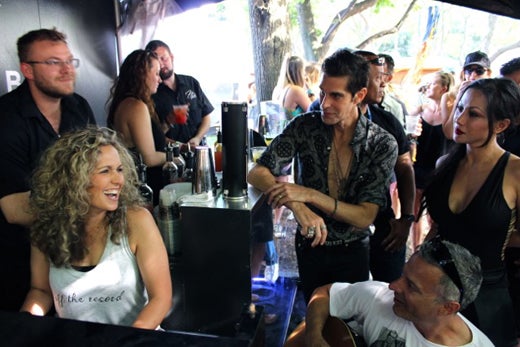 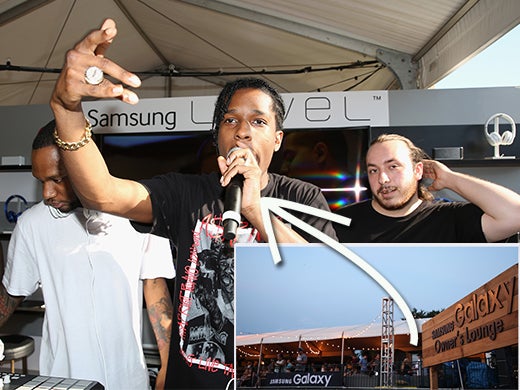 Tasos Katopodis/Getty Images
A$AP Rocky got in on the surprise trend, turning up unannounced adjacent to the main stage for a quick "Sunday Funday" party in the tented and elevated Samsung Galaxy Owner's Lounge in sight, but out of earshot of the main fields. 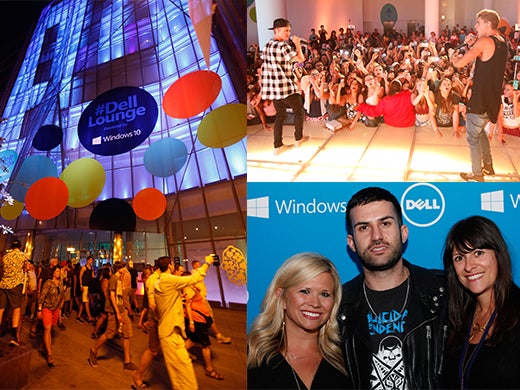 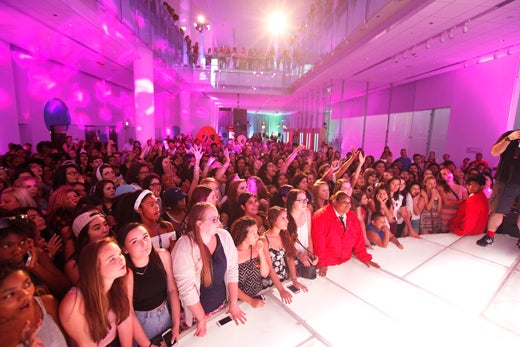 Gabriel Grams / Getty Images for Dell
This is the demographic for Jack & Jack. 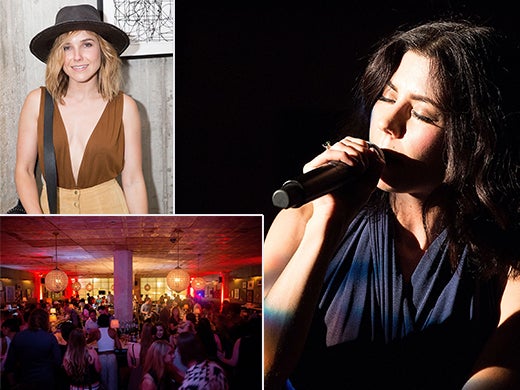 Getty Images
Marina and the Diamonds closed down Soho House's weekend of parties in Chicago with her second performance of the day. Sophia Bush was in the crowd for the Bacardi hosted bash. 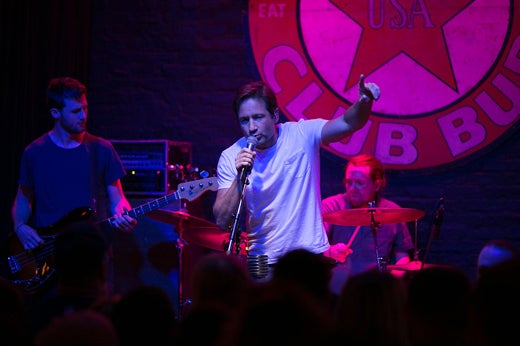 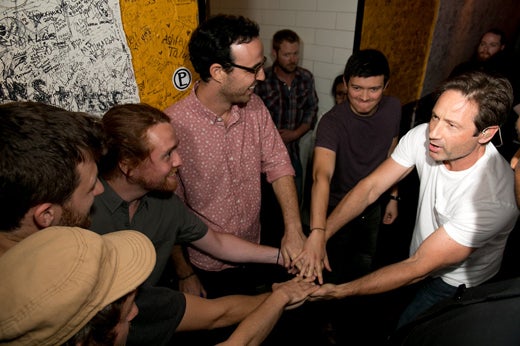 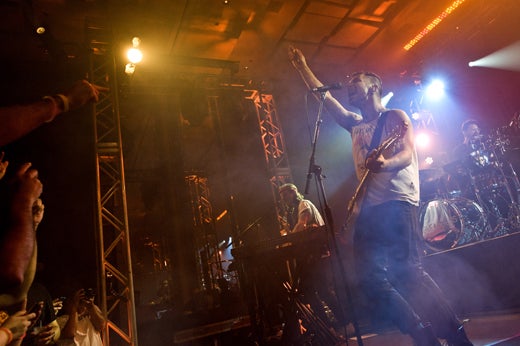 HRH/Culture Collide
Jack Antonoff of "Fun" fame is bringing his side project Bleachers to L.A. Let's call his Hard Rock Hotel set on August 1 a warm up. 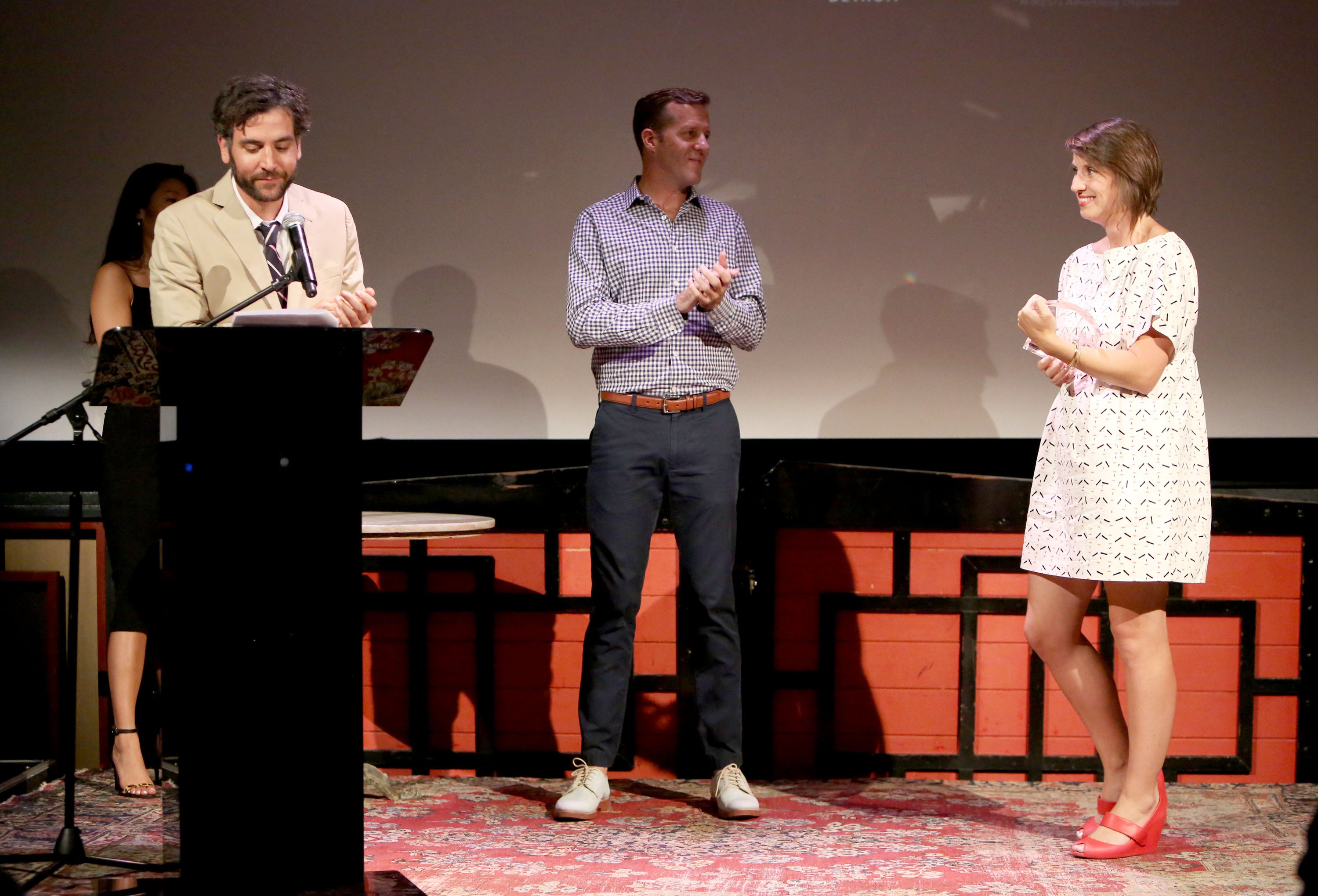 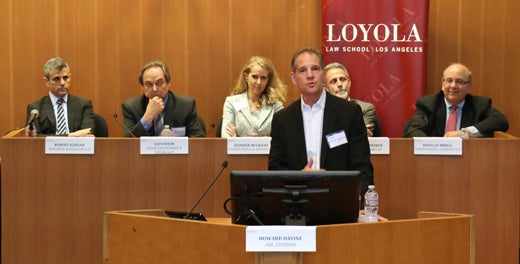