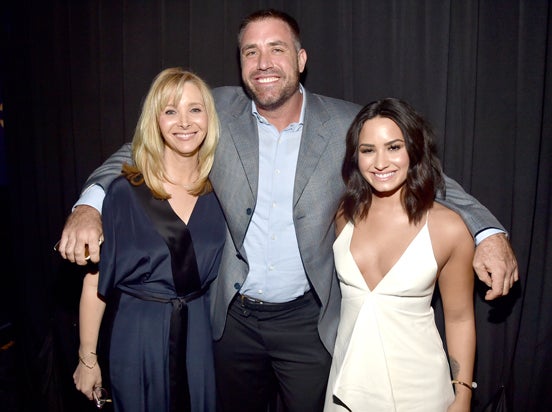 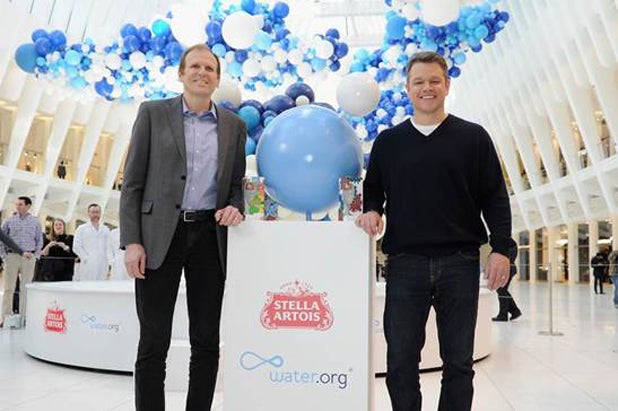 Craig Barritt/Getty Images for Stella Artois
Matt Damon (and his water.org co-founder Gary White) revealed a public art installation on World Water Day (Mar. 22) in New York tied to their partnership with Stella Artois and the "Buy a Lady a Drink" campaign. 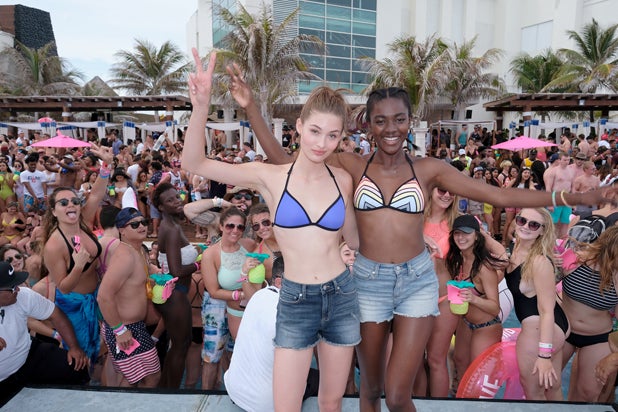 Getty Images
Down in Mexico, the next generation of Victoria Secret supermodels (VS Pink's Grace Elizabeth and Zuri Tibby) hosted a spring break pool party at the Mandala Beach Club in Cancun. (Not pictured: flaming tequila shots.) 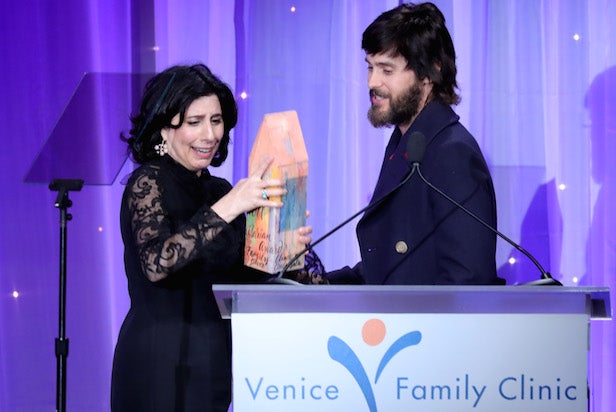 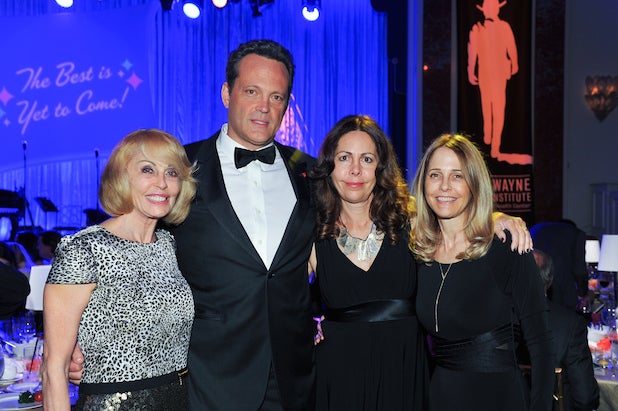 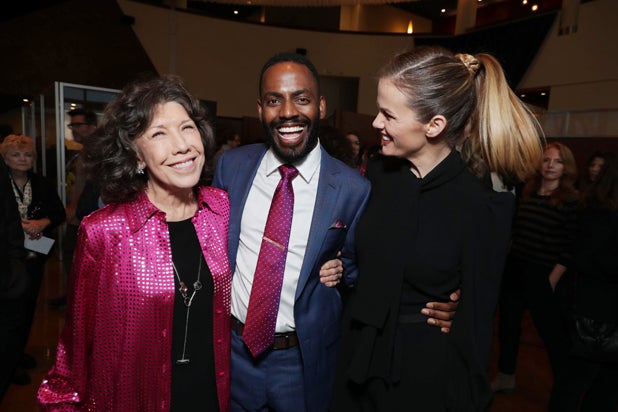 Eric Charbonneau/Invision for Netflix/AP Images
Back in Hollywood, Lily Tomlin, Baron Vaughn and Brooklyn Decker toasted to the Season 3 premiere of "Grace and Frankie" at the Arclight on Wednesday night. By Friday, Tomlin and Jane Fonda would bring some x-rated banter to the "Today" show ahead of the series' new season. 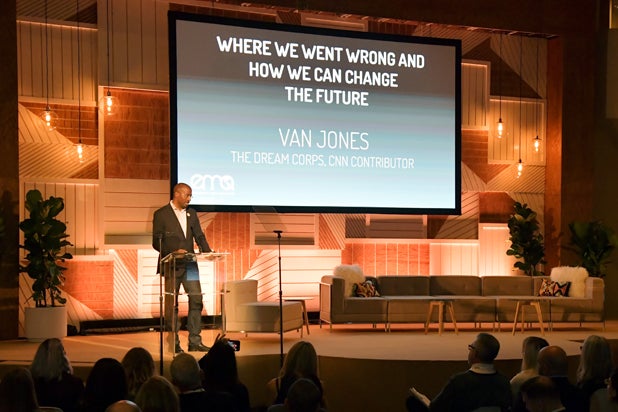 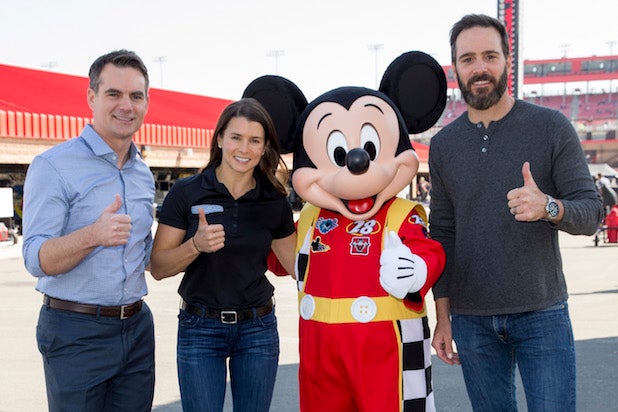 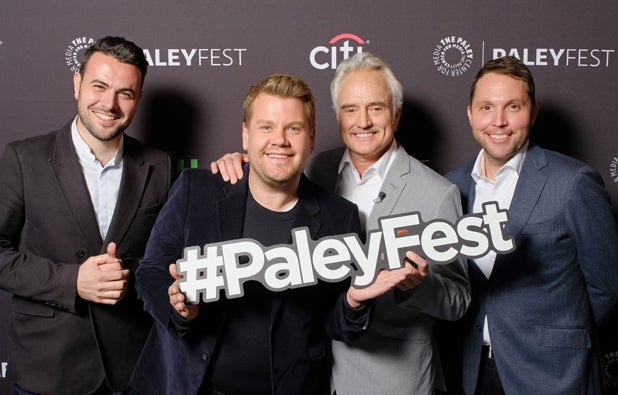 Michael Bulbenko
PaleyFest continues at the Dolby, with the bright, shiny names of broadcast and beyond throwing  a consumer version of the TCA's. On James Corden's night, EP Rob Crabbe, Bradley Whitford (who moderated) and EP Ben Winston flanked the guy who may arguably be CBS' biggest star currently on air. 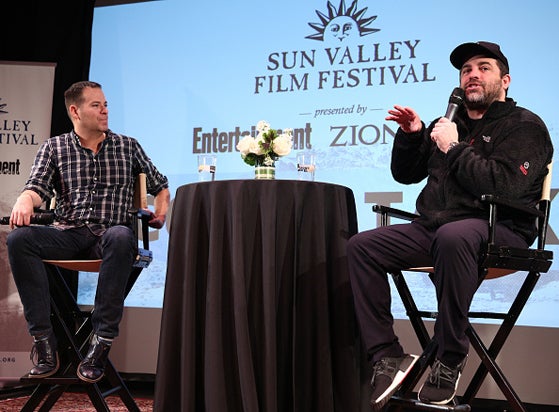 Mark Davis/Getty Images for the Sun Valley Film Festival
Brett Ratner made his headline-grabbing comments about the scourge of review site Rotten Tomatoes at the Sun Valley Film Festival. Lost in that kerfuffle, the chunky festival featured Sam Elliott's "The Hero," "Custody" with Viola Davis and the winner of this year's Sundance U.S. Grand Jury Prize for docs, "Dina."   Also Read: Director Brett Ratner Says Rotten Tomatoes Is the ‘Destruction of Our Business’ 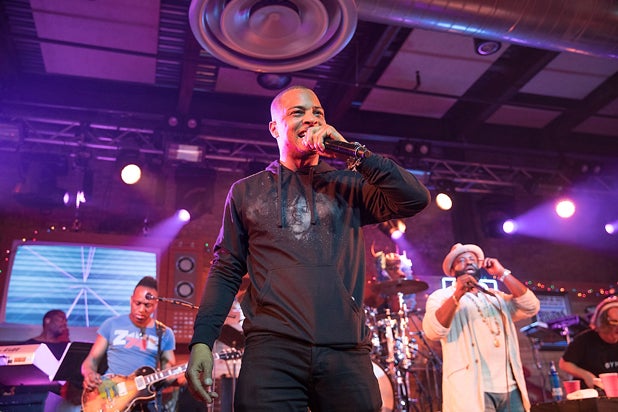 Rick Kern/Getty Images for Bud Light
From one musical guy to another, T.I. sat in with The Roots during their Bud Light Jam Session in Austin, a highlight of the SXSW music scene. Rae Sremmurd, Method Man, Redman and the underrated James Hersey all nabbed slots on Bud Light's stage. 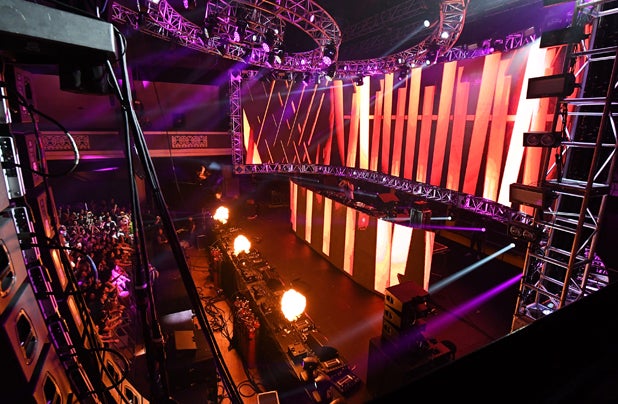 Getty Images
Back in L.A., the marquee musical event before Coachella was Amp 97.1's "AMPLIFY" concert at the Shrine. 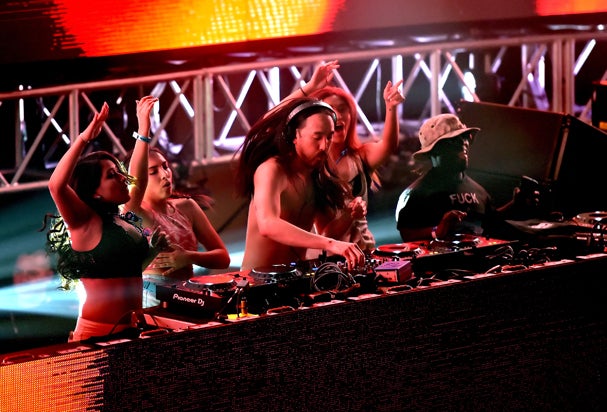 Getty Images
Steve Aoki led the way with a mid-evening set. A few minutes after his "Thank You, Los Angeles" graphics ended his hour, he was on a jet to Vegas to play at JEWEL Nightclub the same night, but not before... 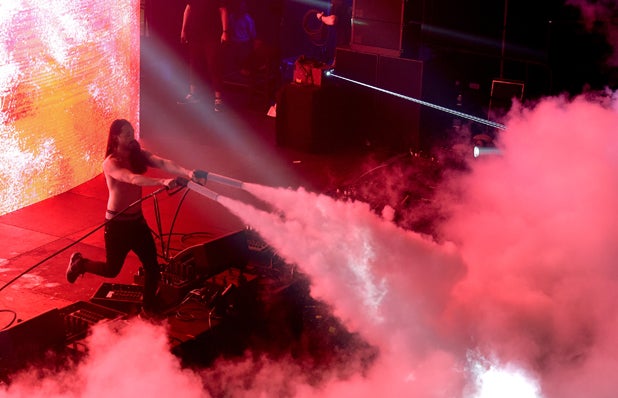 Getty Images
...he gave the crowd a cool down. 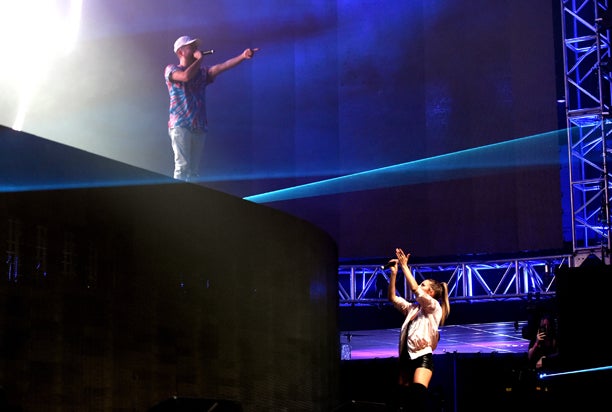 Getty Images
EDM songstress Delaney Jane made a surprise appearance to perform with Grandtheft, who was taking selfie videos during the collaboration. 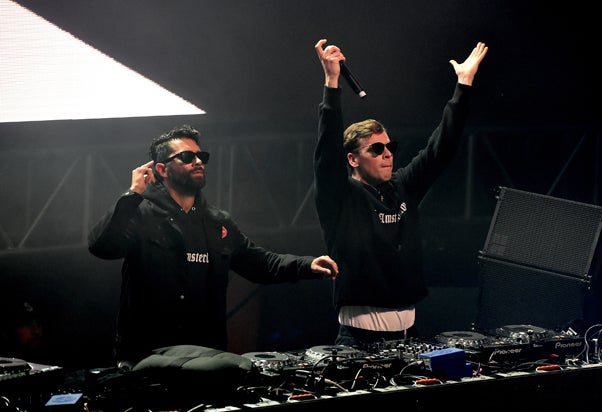 Getty Images
Jim Aasgier and Nizzle had the crowd chanting their group's name - "Yellow Claw" -  when they came on to close Amp's show. The Amsterdam duo was a great get for the pop-focused radio station. (It's Carson Daly's radio home, where he holds down mornings.)  YC would be off next to Asia for dates in Malaysia, Singapore and China. 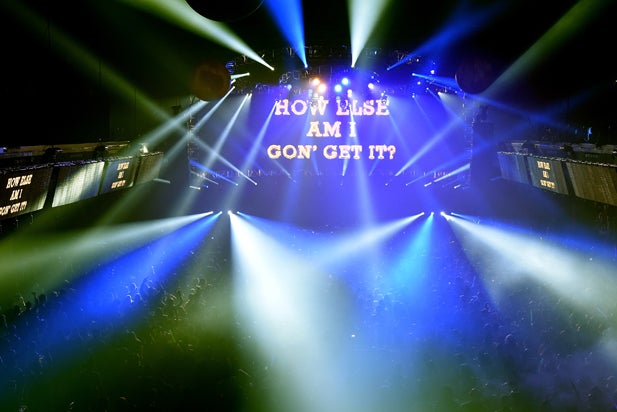 Getty Images
The Shrine has quietly become the go-to spot for full scale EDM shows in L.A. in the past 18 months with a VIP balcony, sponsor activations from Jeep and Budlight, and an array of photo booths. Deadmau5 follows in AMP's footsteps, coming in for four nights after Coachella. 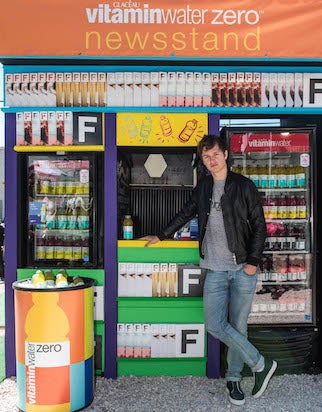 Ryan Muir, courtesy of the Fader
Over 750,000 people clicked over to see Ansel Elgort's piano-playing cover of Ryan Gosling's "City of Stars" from "La La Land" on Instagram this week. Before that, he was cruising the music at the Fader Fort, popping in to a VitaminWater Zero "newsstand" to keep his vocal chords hydrated.
x
Looks like you're enjoying reading