A week after after ascending to TV heaven in an elaborately staged-performance of “Jesus Christ Superstar Live,” John Legend is back on earth making content just like “Ordinary People” … on a cellphone. 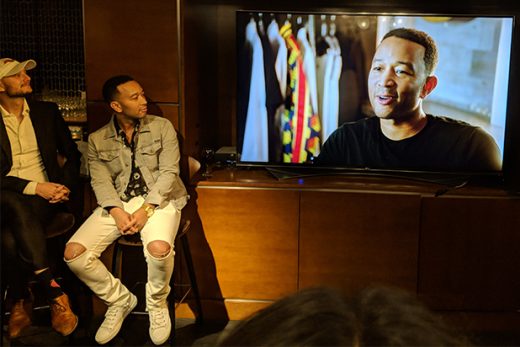 John Legend Inception: He watches himself on screen during the video reveal event at Neuehouse on Thursday night, April 5. (Mikey Glazer)

The Oscar winner shot the music video for his new single “A Good Night” entirely on a cell phone.

Partnering with Google and it’s flagship Pixel 2 phone, the video tells the story of a “cute-meet” in a club where both people have an inkling that this could be “the one.” 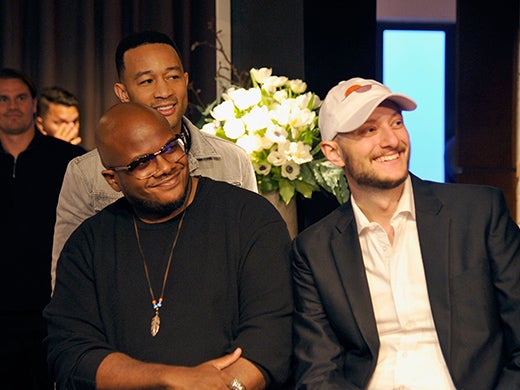 “The song evoked ‘Rock With You’ from Michael Jackson, that kind of feel good party song,” Legend told an intimate crowd of 50 industry types atop Neuehouse in Hollywood on Thursday night.

“Eventually we stumbled on the idea of doing a song about meeting your future soulmate in that moment. We thought it was a cool concept to talk about ‘Hey, I think I just met my wife’ in a song.”

Legend and team revealed the song and video a few hours before their worldwide release. 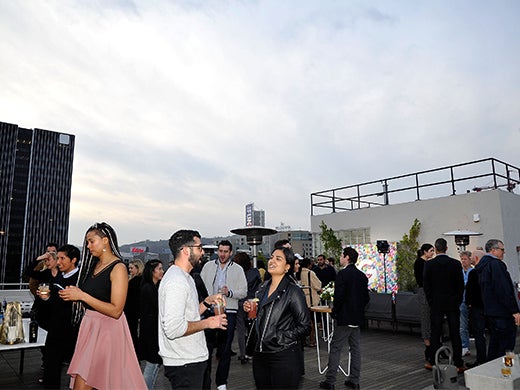 “We were fascinated by the idea of using a smartphone to film a big budget music video,” Legend said. “A video that brings the smartphone dating experience to life.”

As LVE wine circulated (which Legend had in hand and touted by name), the Party Report spotted the creative ensemble behind the production, Rob English and Mishka Kornai, as well as producer Mike Jackson (“La La Land”).  Jackson has a touch for debuts amongst intimate Hollywood crowds. 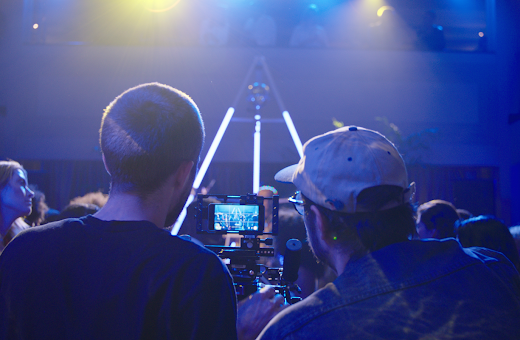 Shooting on set with a phone (Google)

Amongst the cheery mood on a chilly night, reps from Google were visiting southern California just days after the deadly shooting at subsidiary company YouTube’s headquarters. They addressed the tragedy.

“Given the events at YouTube this week, I want to take a minute to say that our thoughts are with our extended family there,” Emily Clarke, Communications Manger for Pixel, said while making introductions. “We’re really thankful for how the community has come together and helped us respond and heal to that.” 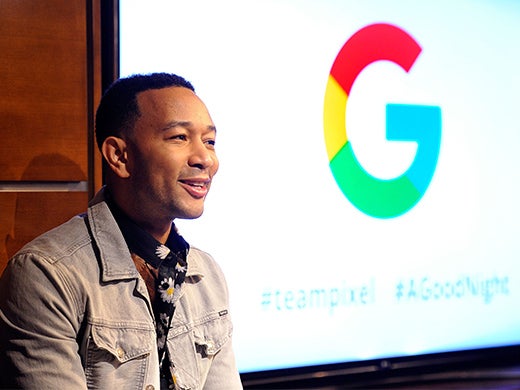 “There’s a lot going on in the world right now,” Legend added, when he fielded questions from guests. “Sometimes it’s nice to just have music that makes you feel good.”

Legend and wife Chrissy Teigen are social media extroverts, a power couple who are known for candid and timely posts. There’s no social media “team” ginning up content behind the curtain.

Accordingly, it was refreshing to see the singer, actor, executive producer and dad forge a genuine and authentic brand partnership that fits organically with the content he’s pushing.

Legend adds to his tally of creative titles with “A Good Night’s” twist ending.

Watch the full video above to see how the new “Black Jesus” can liven up a wedding.

NBC's "Annie Live!" debuts Thursday, marking the first new live musical production to air on broadcast TV since ABC's "The Little Mermaid Live!" premiered in November 2019. It also marks NBC's return to the genre, which it hasn't ventured into since "Jesus Christ Superstar Live!" on Easter Sunday of 2018, and the first of the Big 4 networks' live-TV musicals to be made during the COVID-19 era. So naturally, all eyes are on how the Taraji P. Henson- and Harry Connick Jr.-led "Annie Live!" will perform in TV ratings and viewership, as that's going to be a good indicator of what "Tomorrow" looks like for the genre. Scroll through our gallery to see how each of broadcast TV's modern-day, live musical productions rank by Nielsen numbers. Lowest-rated is first, highest-rated is last.
View In Gallery
x
Looks like you're enjoying reading