With next Wednesday’s release of “Passengers,” Chris Pratt will make good on recent statements that both men and women in Hollywood should be held up as sex objects — by joyfully allowing the film to show him naked and otherwise exploit his physique.

The Morten Tyldum movie, about two travelers who wake up in the middle of 90-year space commute, sees far more nudity and general objectification for Pratt than his costar Jennifer Lawrence, and perhaps by design.

Pratt’s character (spoiler alert!) is one of 5,000 sleeping humans headed for a new life on the bountiful planet of Homestead II. He awakens 30 years into the journey and suffers a gradually worsening isolation, scenes of which include his exposed backside in the shower and shuffling around his ride, the Starship Avalon.

There’s also sweaty weight lifting in the gym, flexing on a futuristic basketball court and (perhaps the most gratuitous) using his earthbound skills as an engineer to show off his biceps as he tinkers with a toolbox.

Conversely Lawrence (a first class passenger to Pratt’s steerage class) is cast with a less obvious lens. Her bathing suit comes with a high-fashion mesh netting that covers her midriff. When she’s topless, it’s only seen from the back. There’s a scarcely-lit shot of the pair naked on top of one another, but shown from a distance and in profile.

“A huge part of how my career has shifted is based on the way that I look, on the way that I’ve shaped my body to look,” Pratt said during the summer 2015 press tour for “Jurassic World,” which followed his true leading man breakout in the 2014 Marvel film “Guardians of the Galaxy.” 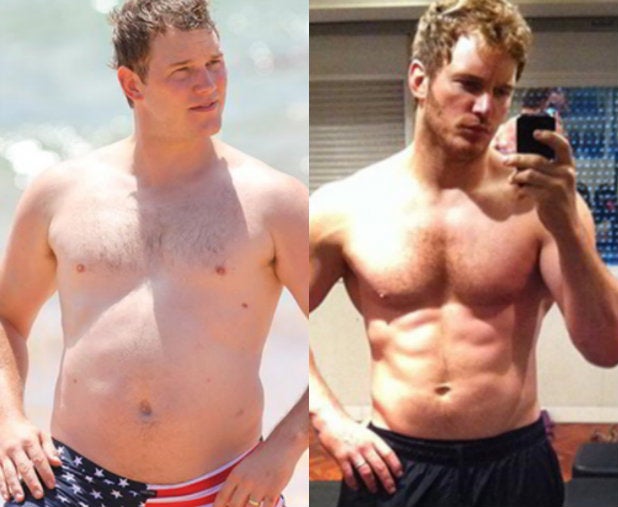 Indeed, the actor went from a huggable series regular on the NBC comedy “Parks and Recreation” to a men’s magazine cover boy and movie star, especially after a shirtless Instagram post went viral showing off a razored jawline and six-pack abs.

Though he felt “totally objectified,” Pratt said he didn’t mind.

“I think it’s appalling that for a long time only women were objectified, but I think if we really want to really advocate for equality, it’s important to not objectify women less, but objectify men as often as we objectify women,” he said.

Numerous outlets and social media users took issue with his assertion that “there are a lot of beautiful women who got careers out of it, and I’m using it to my advantage. And at the end of the day, our bodies are objects.”

Sheva, a women and girls empowerment network, said “we shouldn’t be objectifying anyone, at all. The solution is not to even out sexism; it’s to eliminate it. Neither men nor women should feel like the self worth is based on how they look. That can kill your self-esteem.”

They did concede that Pratt was “right on one account, maybe if men were objectified more often they would stop doing it to women.”

Right or wrong, Pratt’s embracing of his body — especially in “Passengers” — is appealing to audiences regardless of politics or critical review. The film is on track to open in the mid-$20 million range when it opens on Dec. 21.