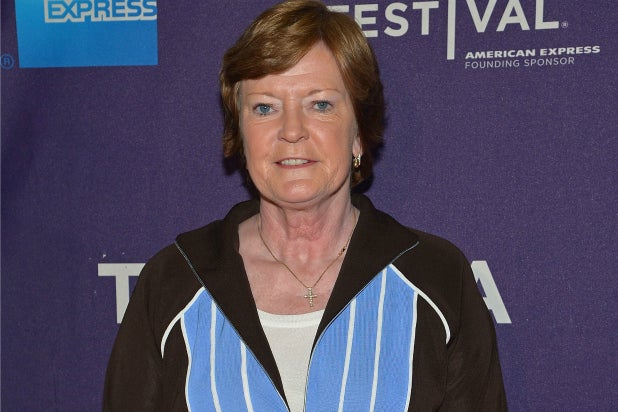 Legendary coach Pat Summitt, who led the University of Tennessee Lady Vols to eight national championships before Alzheimer’s forced her to retire five years ago, has died. She was 64.

Summitt’s teams won 1,098 games, and she became the winningest NCAA D-1 college basketball coach — men’s or women’s — of all time on March 22, 2005. Summitt won an Olympic silver medal as a player and gold as a coach.

Here’s a statement from her son, Tyler Summitt:

It is with tremendous sadness that I announce the passing of my mother, Patricia Sue Head Summitt. She died peacefully this morning at Sherrill Hill Senior Living in Knoxville surrounded by those who loved her most.

Since 2011, my mother has battled her toughest opponent, early onset dementia, ‘Alzheimer’s Type,’ and she did so with bravely fierce determination just as she did with every opponent she ever faced. Even though it’s incredibly difficult to come to terms that she is no longer with us, we can all find peace in knowing she no longer carries the heavy burden of this disease.

For 64 years, my mother first built her life upon a strong relationship with her Lord and Savior, Jesus Christ. Her foundation was also built upon love of her family and of her players, and love of the fundamentals of hard work which reflected her philosophy that ‘you win in life with people’.

She was the fourth of five children – Tommy, Charles, Kenneth and Linda – born to Richard and Hazel Head on June 14, 1952, in Clarksville, Tenn. Her tireless work ethic and her love of of basketball were created during the time she spent growing up on the family farm.

She’ll be remembered as the all-time winningest D-1 basketball coach in NCAA history, but she was more than a coach to so many – she was a hero and a mentor, especially to me, her family, her friends, her Tennessee Lady Volunteer staff and the 161 Lady Vol student-athletes she coached during her 38-year tenure.

We will all miss her immensely.

A private service and burial will be held for my mother in Middle Tennessee. I ask that you respect the privacy of that time. We are in the process of finalizing the details of a public celebration of her life which will take place in one of her favorite places, Thompson-Boling Arena. Once those details are finalized, we will share them with you.

In addition to Tyler, Pat is survived by her mother, Hazel Albright Head; sister, Linda; brothers, Tommy, Charles and Kenneth.

Below is a post from the Lady Vol Basketball official Twitter account. Tributes for the beloved and accomplished player, coach, and mother have been pouring in all morning.