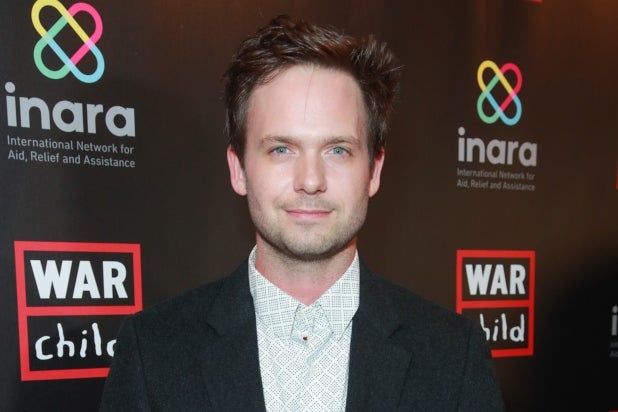 He is set to reprise his role as Mike Ross, the on-screen husband of Rachel Zane, who was played by the now-Duchess of Sussex Meghan Markle. Per the cable channel, Adams will come back mid-season to get involved in a case that puts him toe to toe with Harvey Specter (Gabriel Macht) and Samantha Wheeler (Katherine Heigl).

Ross — and thus, Adams — left the series at the end of Season 7 to move to Seattle with Rachel. When TheWrap asked USA if Markle will return, the net referred us to series creator Aaron Korsch’s pretty consistent remarks about that popular question. Basically, she’s always welcome back — but don’t hold your breath.

Also Read: Tony Awards 2019: We Predict the Winners in 16 Top Categories, From 'Hadestown' to 'Tootsie' (Photos)

USA previously announced that Season 9 will be the last for “Suits.” The series will return on Wednesday, July 17 at 9 p.m., followed by new spinoff, “Pearson,” starring Gina Torres as her “Suits” character, powerhouse lawyer Jessica Pearson.

The last run centers on an evolved firm, Zane Specter Litt Wheeler Williams, which is facing uncertainty and change yet again after Robert Zane (Wendell Pierce) took the fall with the Bar Association to save Harvey, per USA. After his sacrifice, Samantha Wheeler (Heigl) is left reeling from the loss of her mentor, and while trying to console her, Harvey realizes that he doesn’t want to lose the most important person to him: Donna. Season 9 will follow the lawyer and COO balance their relationship with work, as they fight to salvage the firm’s tarnished reputation alongside their partners, Louis, Alex Williams (Hill), Katrina Bennett (Schull), and Samantha. As the season progresses, our core characters’ personal lives will be explored more deeply than ever before, setting up the series conclusion, in which everyone will finally be forced to decide exactly who they are and what kind of lawyers they want to be.

Also Read: 17 Top-Grossing Broadway Musicals of All Time From 'Hamilton' to 'The Lion King' (Photos)

“Suits” is produced by Universal Content Productions, and is currently in production in Toronto. The series was created and is executive produced by Aaron Korsh, while Doug Liman, David Bartis and Gene Klein of Hypnotic also serve as executive producers, along with Genevieve Sparling, Ethan Drogin and Christopher Misiano.