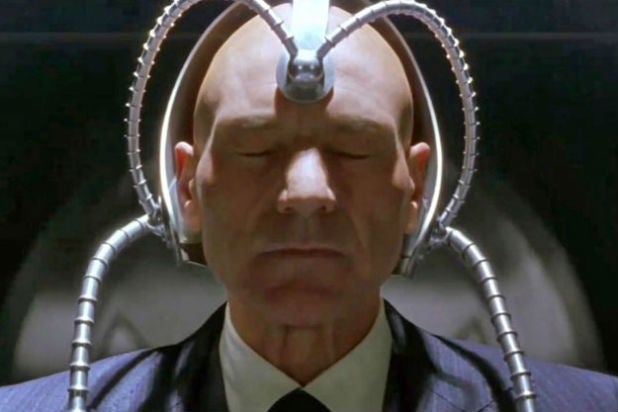 Patrick Stewart will probe the mind of Hugh Jackman at least one more time.

The actor has confirmed suspicions that he will be appearing in the next “Wolverine” movie, which Hugh Jackman has said will be his final outing as the iconic Marvel character.

“I understand that Professor Xavier will be making more than an appearance, however, and that intrigues me,” Stewart told Collider during an interview while promoting his new Starz show “Blunt Talk.”

Stewart also touched on the potential storyline of the film, which would be based on the Old Man Logan storyline created by Mark Millar.

“And the idea of an old Wolverine — I’m really looking forward to Hugh Jackman getting old,” Stewart said. “Damn him, he looks so great! So I’m hoping to see him covered in prosthetics, and then he’ll make me look better if that’s the case.”

Jackman and Stewart both starred in the first “X-Men” film in 2000. They have appeared in most of the films in the franchise since, and most recently shared the screen in 2014’s “Days of Future Past.” James McAvoy took over the role of Professor X in “X-Men: First Class,” however, and will play the part again in “X-Men: Apocalypse.”

Jackman has sported adamantium claws in seven films to date, though he only made a cameo in “First Class.” He announced on Instagram last March that he would be moving on from the character following the next “Wolverine” standalone movie.