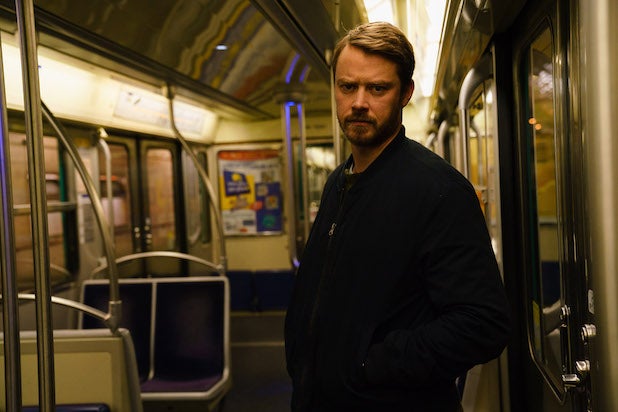 “Patriot” is back in action. The Steven Conrad-created Amazon series launched its second season on Prime Video Friday, giving fans who have waited over a year and a half the continuation of U.S. intelligence officer John Tavner’s absurd, but thrilling tale (Michael Dorman).

After screwing up at his cover job at a Milwaukee piping company with an overbearing boss (Kurtwood Smith), the start of Season 2 finds John on the streets of Paris, without his bag of 11 million euros and nowhere near completing his goal of influencing Iran’s presidential election.

As a result, John’s father (Terry O’Quinn) is going to go all in with more extreme measures, including the assassination of the pro-nuclear candidate in a heavily-guarded Paris compound. And his mom, played by Debra Winger, is now roped into all this.

John — who would rather be a folk singer than a spy — is the linchpin here, and Conrad and Dorman told TheWrap he’s got more than a few problems as the eight-episode installment opens. The first is dealing with a head injury, with the severity expressed to viewers through a very blurry lens from John’s POV.

“Well, he can’t see straight, for one,” Dorman told TheWrap. “Brain swelling may have that effect? Cars and bicycles. He succumbs to the fact that none of us can ever truly go it alone. We need support in some way, shape, or form. As for his mental state. Well… he seeks comfort from the one Tavner he feels can best assist him with love.” And that would be his mother.

Conrad told TheWrap Season 2 picks up right where Season 1 left off, because “Patriot” is an “one ongoing story.” Though there is a stark contrast between the freshman and sophomore years

“Season One examines the toll that living and working under a cover identity can take,” Conrad said. “Season Two examines the degree of conflict necessarily created by desperation.”

Also Read: 'It's a Wonderful Life' to Stream Exclusively on Amazon Prime

Read more from TheWrap’s interviews with Conrad and Dorman below.

TheWrap: The main story in Patriot is can be overshadowed by the smaller, absurd plot points each episode, like the “American dimes” vs. “European dimes conversation” in the Season 2 premiere. How do you strike a balance between focusing on the overarching story, while including those staples of the show?

Steven Conrad: Nothing in “Patriot” is meant to be extraneous. The failure of Birdbath to account for the difference in weight between American and European coins directly kicks off the seasons most significant plot event. All human vulnerabilities in the world around John add up and integrate into making completion of John’s task more difficult.

TheWrap: There was a long gap between the Season 1 and Season 2 launches. Do you think fans can expect a long gap before Season 3, if there is going to be a Season 3?

Conrad: We’ve all allowed time and space to begin work on season three, the time table for its telecast would allow for roughly the same period of downtime as the period between season one and season two

TheWrap: Without giving away too much — the Season 2 premiere shows John make a tough decision that must have serious consequences throughout the rest of the season. Can you explain why you think John made that choice and if we can expect it to turn out as poorly for him as some of his previous decisions?

Dorman: John doesn’t really make choices, rather he accepts the lesser of bad options as they present themselves. He has a cool patience. He’s unfortunate in the sense that the writer [Conrad] never leaves him any easy ones. Although he does eventually write a song about that. Things being easy. For every action there is an equal or lesser reaction and there’s a good deal of action in series 2. So much so that there’s even these guys called “The Action Boys.” Johns actions affect their actions and their actions affect Johns actions. It’s action strapped. I mean packed. There’s reactions.

Also Read: 'The Romanoffs' Star Amanda Peet on the 'Wish Fulfillment, Fantasy' in That Fake-Out Ending

TheWrap: John’s relationship with his father was complicated at best in Season 1. Where do we find them in Season 2?

Dorman: Beneath the complication is always love. Which actually makes it more complicated. It’s complicated. In series 2 we do get insight to Tom’s choices through a series of interviews conducted by a mystery question asker person. But it does explain Tom’s thought process.

TheWrap: John’s mental state seems to be deteriorating quickly in the premiere (especially with how the camera shows his POV). How do you balance looking crazed and serious, while having conversations like the nonsensical “American dimes” one?

Dorman: If I’m honest, I just do my best not to laugh. We have so much fun on that set.

TheWrap: Do you prefer the more dark, thrilling side of Patriot or the absurdist, silly side?

I’d prefer it if we could continue to make more “Patriot.” It’s a tender comment on being human, relationships and the effect of choices. So much fun.