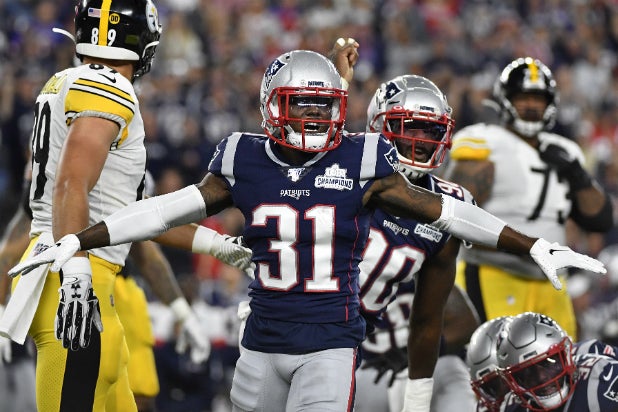 Due to the nature of live sports, the below fast-national numbers for NBC and Fox should be considered unstable and subject to significant adjustment. Any changes won’t change who won the evening, however.

According to Nielsen’s earlier-available overnight ratings, which cover a smaller smattering of markets but are adjusted for time zones, NBC’s “Sunday Night Football” opener performed 3% better than last year.

NBC was first in ratings with a 5.2 rating/22 share in the advertiser-coveted 18-49 demographic and in total viewers with an average of 15.7 million, according to preliminary numbers. In addition to the game, those also count 90 minutes worth of pregame coverage.

Telemundo was fifth in ratings with a 0.4/2 and in viewers with 1.2 million.