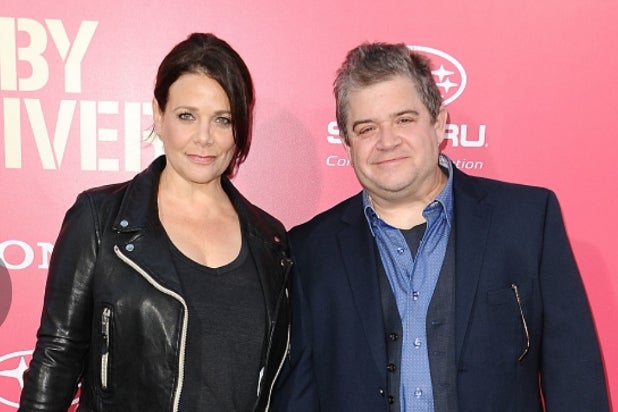 Days after announcing their engagement, comedian Patton Oswalt and his fiancee, actress Meredith Salenger, defended their decision to tie the knot, with Oswalt calling out the “bitter grub worms” who criticized them.

Over the weekend, Oswalt linked to an essay by writer Erica Roman about the couple’s engagement on his Facebook page, thanking her for the insight.

“This is so amazing. And SO well-written. I expected some bitter grub worms to weigh in (anonymously, always always always) with their much-needed opinions when I announced my engagement last week. And I decided to ignore them,” Oswalt wrote.

“But yeah, I felt this rage. And Erica articulated it better than I could have ever hoped. So there you go. Thank you, Erica,” Oswalt continued.

The essay, titled “A Widow’s Rage Defense of Patton Oswalt’s Engagement,” called out commenters who criticized Oswalt’s decision to become engaged little more than a year after the April 2016 death of his first wife, true-crime writer Michelle McNamara, at age 46.

“You aren’t entitled to an opinion. You don’t get to comment on the choices of a widower while you sit happily next to your own living spouse,” the essay read. “You didn’t have to stand and watch your mundane morning turn into your absolute worst nightmare. You didn’t have to face the agony of despair and the only person who could possibly bring you comfort had been ripped from your life forever.”

Roman continued, “You didn’t have to stand in the ashes of what was once your life, when the sun itself darkened and the very air you breathed felt toxic in your lungs. Go back to scrolling Facebook and keep your ignorance to yourself.”

The essay added, “Who gave you the position to judge when it’s ‘too soon’ for a person who has suffered the worst to be able to find happiness and companionship again? Its been 15 months! How long should a widow sit in isolation before YOU are comfortable enough to release them from their solitary confinement?”