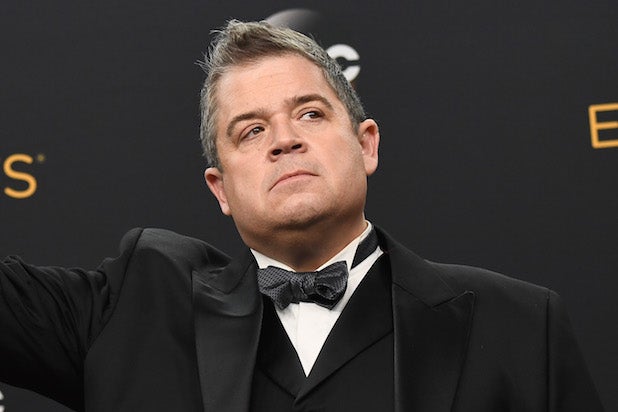 Comedian, actor and prolific social media sharer Patton Oswalt has been a vocal adversary of President-elect Donald Trump ever since the real estate magnate started running for office.

Now the performer is expressing his own deep anxiety over what’s to come as a Trump-era presidency beckons, drawing comparisons to how Nazis treated Jewish luminaries of the arts in the 1930s.

“I am terrified for what may or may not happen Saturday, January 21st,” said Oswalt at the end of a lengthy Sunday morning Facebook post and referring to the day after the presidential inauguration. “Be safe, everyone. Take care, comedians.”

He described a “VERY disturbing spike” in Twitter mentions, Facebook inbox and also Facebook mentions “from pro-Trump people.” What bothered Oswalt the most, he said, was not that those with opposing views were being vocal — it’s that he thinks their “bog-standard showbiz envy” is eerily similar to events which have been described of Nazi-led Germany.

The comedian used an excerpt of an essay by Australian author Clive James to argue his point that “thick-witted jealousy” fueled concerted attacks against “the Jewish intelligentsia” of the era.

Oswalt has been an outspoken opponent of anti-Semitic and other racist sentiments that have sprung out of the alt-right movement. In his Facebook essay, he seems to draw the comparison to any talented performer, especially comedians, who have shown vocal opposition to Trump and his future administration.

Also Read: Is It OK for Reporters to Call Racists Racist?

Oswalt also seems to suggest that there could be a mark on his own head.

“All over Vienna during the Anchluss there’s seemingly mindless, unorganized looting and attacks — yet two SA [Nazi paramilitary] men are SPECIFICALLY sent to Egon Friedell’s apartment?” wrote Oswalt, mentioning Viennese historian, philosopher and cabaret performer Friedell, who the comedian previously cited as having plunged to his death as Nazi’s broke down his door to presumably capture him.

“Who sanctioned that? Someone gave specific orders. An envious, frustrated someone, I’m guessing. Someone who sat in the audience at one of his shows, entertained but resentful of the laughter surrounding them, in the wormy, jealous darkness,” added Oswalt.

Also Read: Donald Trump 'Disavows' Alt-Right: 'It's Not a Group I Want to Energize'