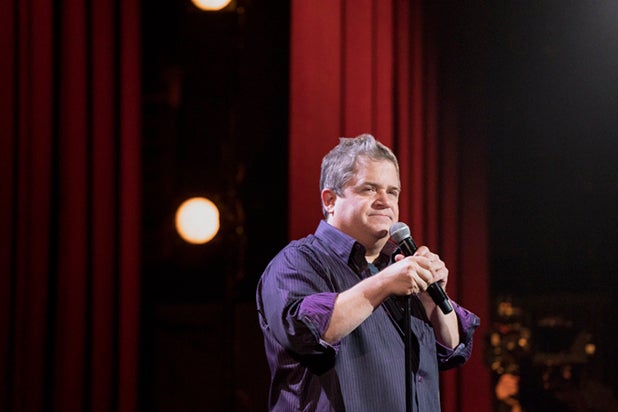 “We see what’s going on with the world and with the presidency and with social relations in this country and wonder, ‘Can’t things be logical? Can’t adults be running things again?'” Oswalt told Vulture in an interview ahead of his”Annihilation” Netflix special which debuts on Tuesday.

Oswalt was noting how his 8-year-old daughter’s asked to go back to school the Monday after her mother, writer Michelle McNamara, suddenly passed away last year.

“She was the one voice that piped up and demanded that structure,” he said. “I think a lot of us right now — whether or not we’d like to admit it — have that kind of childlike voice inside of us.”

In his new special, the comedian opens up about the death of his wife and how he dealt with his grief over the past year.

Elsewhere in the Vulture interview, Oswalt addresses online trolls who attacked him after he announced his engagement to Meredith Salenger in July. “It’s like a social-media form of cutting,” he said. “They want to feel something. It’s really, really sad.”

In an interview with TheWrap, Oswalt called the experience “therapeutic, [but] very, very terrifying.”

He also discussed the Trump presidency, noting that he can empathize with Trump for giving up his life to do a job “he so openly doesn’t want to do.”