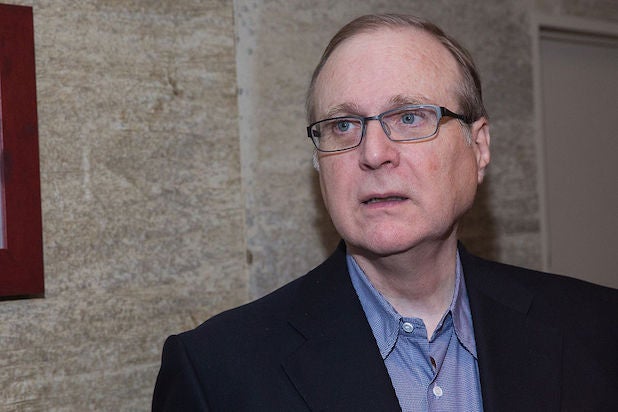 Paul Allen, who co-founded Microsoft with Bill Gates and went on to become a technology magnate and owner of the Seattle Seahawks and Portland Trail Blazers, has died from complications related to non-Hodgkin’s lymphoma. He was 65.

His current company, Vulcan Inc., announced his death on its website on Monday.

“It is with deep sadness that we announce the death of our founder Paul G. Allen, co-founder of Microsoft and noted technologist, philanthropist, community builder, conservationist, musician and supporter of the arts. Mr. Allen died on Monday afternoon, October 15, 2018, from complications of non-Hodgkin’s lymphoma in Seattle. Mr. Allen was 65 years old,” the site said.

Allen founded Microsoft with Gates in 1975, and was the company’s chief executive for several years. He resigned from Microsoft in 1983 — the same year its famed Word software debuted — after being diagnosed with Hodgkin’s disease. He remained a Microsoft board member until 2000. Allen revealed earlier this month he had started treatment for non-Hodgkin’s lymphoma, which he had beaten nine years earlier when he was first diagnosed.

A rep for Gates did not immediately respond to TheWrap’s request for comment.

In a post shared on LinkedIn, Microsoft CEO Satya Nadella said Allen made “indispensable” contributions to the company.

“As co-founder of Microsoft, in his own quiet and persistent way, he created magical products, experiences and institutions, and in doing so, he changed the world,” Nadella said. “I have learned so much from him – his inquisitiveness, curiosity and push for high standards is something that will continue to inspire me and all of us at Microsoft. Our hearts are with Paul’s family and loved ones. Rest in peace.”

Allen, born in Seattle in 1953, became an active film investor after stepping down as Microsoft CEO. Vulcan Productions, which he ran with his sister, Jody, developed several documentaries, including “Far From Heaven” and “Girl Rising.” Allen also founded the Museum of Pop Culture in Seattle in 2000.

Allen’s fortune continued to swell as Microsoft became the dominant computer company of the 1980s and 1990s. His $20 billion net worth made him the 44th richest man in the world, according to Forbes, at the time of his death.

Paul was a truly wonderful, bright and inspiring person—- and a great friend. I will miss him https://t.co/HYhtgZGo8C

Allen’s Portland Trailblazers made two trips to the NBA Finals soon after he purchased the team in 1988.

His Seattle Seahawks won the Super Bowl in 2013. Seahawks coach Pete Carroll said Monday that “I’ll miss him greatly. His gracious leadership and tremendous inspiration will never be forgotten. The world is a better place because of Paul’s passion, commitment, and selflessness. His legacy will live on forever.”

And NFL Commissioner Roger Goodell credited Allen with keeping the NFL in Seattle, praised his advice and leadership in the NFL, and lauded how Allen spearheaded the team’s engagement with the Seahawks fanbase.

“Paul Allen was the driving force behind keeping the NFL in the Pacific Northwest.  His vision led to the construction of CenturyLink Field and the building of a team that played in three Super Bowls, winning the championship in Super Bowl XLVIII,” Goodell said in a statement Monday. “The raising of the “12th Man” flag at the start of every Seahawks home game was Paul’s tribute to the extraordinary fan base in the Seattle community. His passion for the game, combined with his quiet determination, led to a model organization on and off the field.  He worked tirelessly alongside our medical advisers to identify new ways to make the game safer and protect our players from unnecessary risk.  I personally valued Paul’s advice on subjects ranging from collective bargaining to bringing technology to our game.  Our league is better for Paul Allen having been a part of it and the entire NFL sends its deepest condolences to Paul’s family and to the Seahawks organization.” ​​