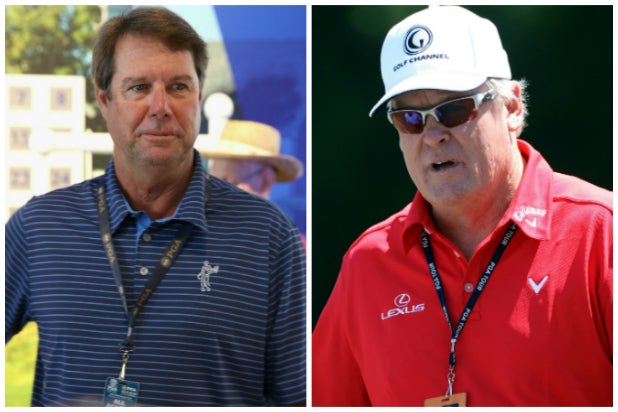 In addition to calling tournaments on NBC and the Golf Channel, Azinger will contribute to “Golf Central’s Live From the Masters,” and create content for Golf Channel’s instructional platforms. He’ll also develop documentary projects for the cable network’s “Golf Films.”

Azinger’s NBC Sports schedule will officially kick off at the WGC-Mexico Championship (Feb. 21-24). NBC Sports will allow Azinger to continue to call The Masters for the BBC, as well as the U.S. Open and U.S. Women’s Open on Fox.

“For nearly three decades fans tuning into NBC Sports’ golf coverage have been accustomed to a lead analyst that told it like it was, and that mantra will continue with Paul Azinger calling the action from our 18th tower,” Molly Solomon, executive vice president of content at Golf Channel, said on Monday. “Following Johnny Miller is a tall order. However, we’re confident in Paul’s ability to serve our viewers with candor and sharp insight, pulling from his decorated professional golf career and extensive broadcast experience.”

“I have great admiration for both the quality of NBC Sports’ coverage and commitment to great storytelling, as well as the network’s deep commitment to the game I love,” Azinger said. “It is a great honor to cover a tremendous slate of PGA Tour and marquee events, including The Players, The Open, Ryder Cup and Tokyo Olympics. Additional opportunities to contribute to instructional and historical projects, as well as Golf Channel’s top-notch news platforms, makes this the role of a lifetime.”

“Paul is one of the most perceptive minds in golf,” said Tommy Roy, lead golf producer, NBC Sports. “His innate ability to dissect the action in front of him and convey it to the viewer in such a concise, assured manner is what we value most across our tournament broadcast team.”

Also Read: The Northern Trust: Behind the Scenes at Start to PGA Tour's FedEx Cup Playoffs

During his playing days, Azinger was a 12-time PGA Tour winner. He is also a major champion.