In what may prove to be an earth-shaking rupture for the organization, Oscar-winning writer and director Paul Haggis has broken publicly with the Church of Scientology, the Hollywood-centric religion that has recently come under renewed scrutiny for its political positions. 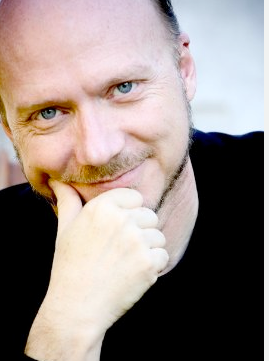 In a scathing letter to the church’s celebrity contact, Tommy Davis, Haggis accused the church of hypocrisy and lies, especially regarding its decision to support the anti-gay-marriage proposition on the California ballot last year, Proposition 8.

"I told you I could not, in good conscience, be a member of an organization where gay-bashing was tolerated," Haggis wrote, referring to support for Prop. 8 in the church’s San Diego branch. "You promised action. Ten months passed. No action was forthcoming."

He added: "The church’s refusal to denounce the actions of these bigots, hypocrites and homophobes is cowardly. I can think of no other word. Silence is consent, Tommy. I refuse to consent."

Haggis, who won the Oscar for co-writing "Crash" in 2006, is one of the most prominent Hollywood members of the church, whose most famous public figures are Tom Cruise and John Travolta.

But the always controversial church has come under pressure recently after the death of Travolta’s son, Jett, who was believed to be autistic. The church does not believe in recognizing autism nor in treating it. The church also considers mental illness to be psychosomatic and argues that it should be treated through spiritual healing.

Travolta has said his son, who died at 16 of a seizure, had Kawasaki syndrome, a disease of the lymph nodes, and that he had been treated through the church’s detoxification programs.Travolta reportedly has been distraught over his son’s death and is questioning his decisions to follow church doctrine.

Scientology is a belief system created in 1952 by a charismatic leader L. Ron Hubbard, who wrote the self-help system, Dianetics. It espouses the belief that souls ("thetans") have lived on other planets before living on Earth. The church has long reached out to celebrities as privileged representatives of its beliefs.

In his letter, the director wrote that he had been a member of the church for 35 years. Though he was no longer an active member, he said he had continued to support the church, "as I railed against the intolerance that I believed was directed against it."

But with the church’s refusal to distance itself from support from Prop. 8, "Despite all the church’s words about promoting freedom and human rights, its name is now in the public record alongside those who promote bigotry and intolerance, homophobia and fear."

The Associated Press spoke to Davis, who denied the church was anti-gay. Davis said the San Diego chapter of the Church of Scientology was incorrectly characterized as supportive of Prop 8.

"We’re all for civil rights and the rights of minorities," Davis told the AP. "We know what it is to be a minority and have your rights curtailed. We’re very vocal and consistent in our stance on discrimination against anybody. We take it very seriously."

The Prop. 8 support was not Haggis’s only complaint about the church, however.

He accused Davis of lying in a CNN interview about church policy regarding the requirement that members distance themselves from any family members who oppose Scientology.

"I saw you deny the church’s policy of disconnection," he said. "I was shocked. We all know this policy exists."

Haggis said his own wife "was ordered" to break relations with her parents because of the policy, "because of something absolutely trivial they supposedly did 25 years ago when they resigned from the church. … For a year and a half, despite her protestations, my wife did not speak to her parents, and they had limited access to their grandchild. It was a terrible time.

"To see you lie so easily, I am afraid I had to ask myself: What else are you lying about?" Haggis wrote.

He concluded: "I am only ashamed that I waited this many months to act. I hereby resign my membership in the Church of Scientology."

Attempts to reach the church were unsuccessful; on its central website, the "contact us" page did not function.

The letter appears to first have been published by a small website, http://markrathbun.wordpress.com/. A spokesman for Haggis later confirmed that it was written by the director.