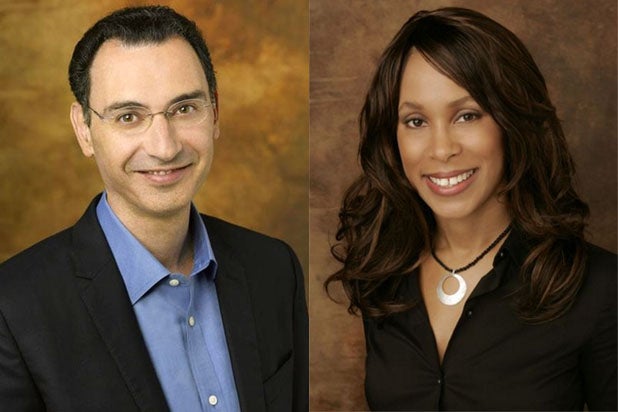 Paul Lee will step down as the president of ABC Entertainment, and be replaced effective immediately by Channing Dungey, an executive whose accomplishments include helping develop “Scandal.”

The move comes at a tough time for ABC, which is currently sitting in fourth place among the so-called Big 4 broadcast networks. Among the broadcasters, ABC and NBC are tied for biggest season-to-date year over year declines in the 18-49 demographic most important to advertisers.

According to a report in the New York Times, Lee was forced out of his position due to an internal power struggle with Disney-ABC Television Group chairman Ben Sherwood. An individual with knowledge of the situation denied to TheWrap that there was a struggle, but rather said it was simply time for a change.

Dungey, who helped develop such hits as “Scandal,” “Criminal Minds,” “How to Get Away with Murder,” “Quantico,” “Army Wives” and “Once Upon A Time,” will now report directly to Sherwood.

“Channing is a gifted leader and a proven magnet for top creative talent, with an impressive record of developing compelling, breakthrough programming that resonates with viewers,” Sherwood said. “We thank Paul for his many accomplishments at ABC and his devotion to the ABC brand, and we wish him continued success in the future.”

“I’m thrilled and humbled that Ben has entrusted me with this tremendous opportunity,” Dungey said. “And I am truly grateful to Paul for being a valued mentor and friend. I’ve had the great honor of working alongside the talented team at ABC for many years and look forward to starting this exciting new chapter with them.”

Lee was named to president of ABC Entertainment in 2010 after serving as president of ABC Family. A one-time BBC reporter stationed in Belfast, Lee arrived at ABC Family in 2004, after launching BBC America with a series of dramas like “State of Play” and “MI-5,” as well as the original British versions of “The Office” and “Changing Rooms,” both of which were successfully remade into American shows.

“Leading ABC has been a fantastic experience. I’m especially proud of the incredible team I built and the strategic, creative vision we established and successfully executed for both the network and studio,” said Lee. “Together, we’ve transformed ABC into one of the strongest brands in television, with shows like ‘Scandal,’ ‘Blackish,’ ‘Once Upon a Time,’ ‘How to Get Away with Murder,’ ‘The Goldbergs,’ ‘Revenge,’ ‘S.H.I.E.L.D.,’ ‘Quantico,’ ‘Fresh Off the Boat,’ and ‘American Crime,'” he continued. “I wish Channing and Patrick all the best.”

Dungey began her career in entertainment as a development assistant for Davis Entertainment at 20th Century Fox. She then became story editor at Steamroller Productions, where she worked on the development and production of such films as “Under Siege” and “On Deadly Ground.”

Following that, she joined Warner Bros. as a production executive, where she helped develop and supervise a diverse range of films, including “Bridges of Madison County,” “Heat,” “The Matrix,” “Twister,” “Devil’s Advocate,” “City of Angels,” “Conspiracy Theory,” “Rosewood,” “Space Jam” and “Practical Magic.”

In the spring of 1998, Dungey became senior vice president at film production company Material, which was responsible for 2000’s “Red Planet,” as well as a 2002’s remake of H.G. Wells’ “The Time Machine.”

After being named president in 2001, Dungey co-produced “Queen of the Damned,” “Showtime,” starring Robert De Niro, Eddie Murphy and Rene Russo, and “The Big Bounce.”