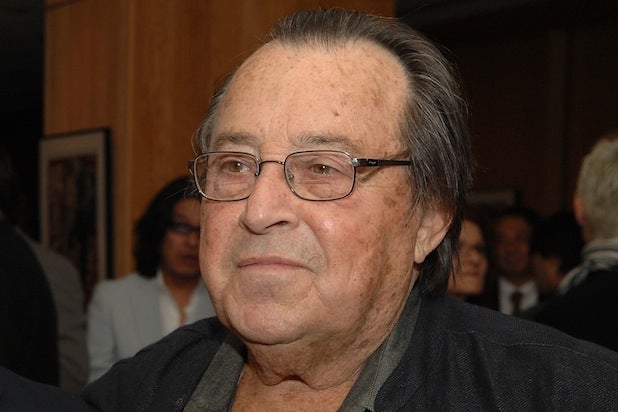 Screenwriter and director Paul Mazursky has been named recipient of the 2014 Screen Laurel Award by the Writers Guild of America, West, the WGAW announced on Tuesday.

Over the course of a 60-year career in movies, Mazursky has been nominated for 10 WGA Awards and five Oscars. His screenplays include “An Unmarried Woman,” “Bob & Carol & Ted & Alice,” “Enemies, A Love Story,” “Down and Out in Beverly Hills” and “Harry and Tonto.”

The Screen Laurel Award is a lifetime-achievement award for work in motion pictures. Past winners include Barry Levinson, Steven Zailian, Eric Roth and Lawrence Kasdan.

“Paul Mazursky’s talents as an actor … and filmmaker (one of the signature directors of the 1970s) should not be allowed to obscure a central fact: he is among our greatest living screenwriters,” said WGAW vice president Howard A. Rodman in a press release announcing the award. “‘Bob & Carol & Ted & Alice,’ ‘Blume in Love,’ ‘Harry and Tonto,’ ‘Next Stop, Greenwich Village,’ ‘An Unmarried Woman’ – five films in six years, any of which can make you laugh and cry, break and mend your heart.  His voice is strong, unique, hilarious, wise, unmistakable.”

In a conversation with TheWrap when he won the Los Angeles Film Critics Association’s lifetime-achievement award, Mazursky remembered being nominated for a number of Oscars and other awards early in his career. “You start to really want it,” he said. “And then of course you don’t get it. The best thing is to not give a s___.”

Asked if he felt as if he was going against the grain with movies that felt outside the studio system, he said, “I was made to feel that at a certain point, when they didn’t want to do some of my movies and I didn’t know why. But it’s a peculiar thing: I never thought, I’m going against the grain … I just thought, is this a good story, and can I make it work?

“The European directors I love really showed me that. You make the movie you want to make, that engages you, the movie that you have to make. They got away with it for a long time. And I guess I did too.”

The WGA award will be presented to Mazursky at the WGA Awards on Feb. 1 at the JW Marriott in downtown Los Angeles.