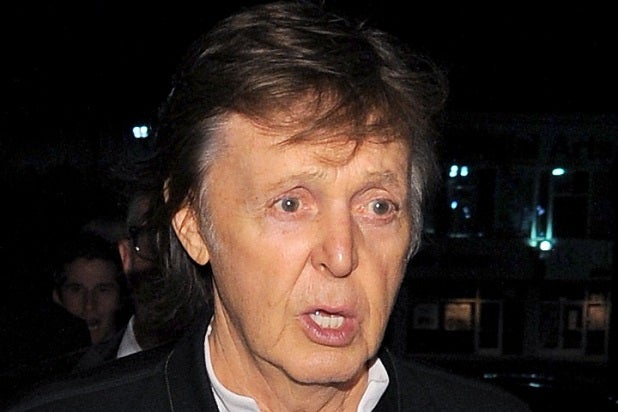 The session was fueled, according to the “Maybe I’m Amazed” musician, by the participants calling out names.

“We were just, ‘Brigitte Bardot!’ ‘Whoo!'” McCartney recalled, “and then everyone would thrash a bit more.”

Leave it Lennon to throw cold water on the session.

“I think it was John sort of said, ‘Winston Churchill!'” McCartney noted.

McCartney said that the collective self-pleasuring happened just once or twice, and “wasn’t a big thing.”

“But, you know, it was just the kind of thing you didn’t think much of. It was just a group,” he told GQ. “Yeah, it’s quite raunchy when you think about it. There’s so many things like that from when you’re a kid that you look back on and you’re, ‘Did we do that?’ But it was good harmless fun. It didn’t hurt anyone. Not even Brigitte Bardot.”

You can read the full profile here. But you might want to coat your eyes in Purell first.