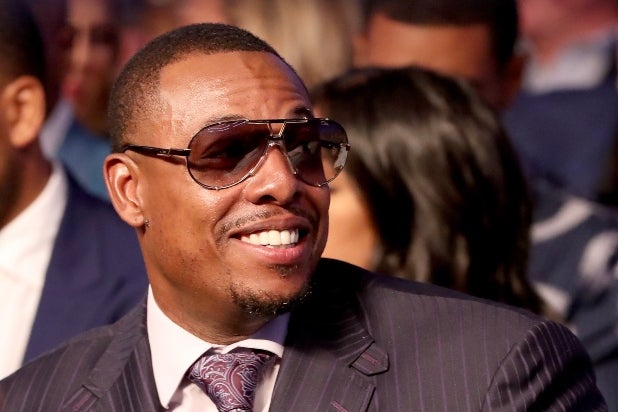 ESPN and Paul Pierce have parted ways, an individual with knowledge of the decision told TheWrap. The news comes a few days after Pierce was seen in an Instagram Live stream that featured the NBA analyst in a room full of exotic dancers.

You can see the video here. It shows Pierce playing poker and smoking with friends in an Instagram Live stream, with strippers dancing behind him. While Pierce did nothing illegal, ESPN’s parent company Disney probably does not want one of its most recognizable on-screen NBA talent showing up in those kind of videos. Unless Pierce and everyone in that room was vaccinated, it also runs afoul of pretty much every kind of COVID-19 protocol.

The news of Pierce’s ouster was first reported by Ryan Glasspiegel, a freelance sports reporter. Pierce had been with ESPN since the 2017-18 NBA season, appearing on “The Jump” and the network’s pregame studio show, “NBA Countdown.” He also appeared as a guest analyst for the 2017 playoffs.

Pierce is known mostly for his 1998-2013 tenure with the Boston Celtics, with whom he won the 2008 NBA championships; he also spent time with the Brooklyn Nets, Los Angeles Clippers and Washington Wizards.

Pierce seemed to hint at the controversy on his Twitter account shortly after the news broke: “Big Things coming soon stay tuned make sure u smile #Truthshallsetufree”