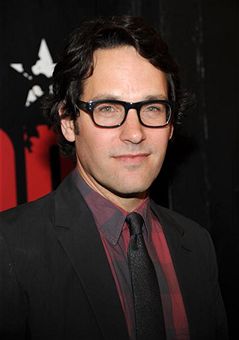 Paul Rudd will play the title character in Jesse Peretz’s comedy "My Idiot Brother," according to the Hollywood Reporter.

The script, written by David Schisgall and Peretz’s sister, Evgenia Peretz, follows an idealist dealing with his overbearing mother who wreaks havoc on his three ambitious sisters.

While the logline doesn’t inspire much confidence, Rudd has a gift for making even the most inconsequential material work (his Cain and Abel scene was the best part of the otherwise dreadful "Year One"), and although Peretz’s Jason Bateman-Zach Braff comedy "Fast Track" (aka "The Ex") was fairly forgettable, it managed to have some heart while reeking of studio interference at the (scissor)hands of The Weinstein Company.

It certainly doesn’t hurt that Peretz and Rudd previously developed a rapport during the filming of the 2001 indie comedy "The Chateau."

Caroline Jaczko, Stefanie Azpiazu and Aleen Keshishian will exec produce the indie comedy, which is scheduled to begin filming in July in New York once the parts of the sisters are cast.

Rudd has come a long way since playing Alicia Silverstone’s Radiohead-loving step-brother in "Clueless." He next stars opposite Steve Carell and Zach Galifianakis in Jay Roach’s comedy "Dinner for Schmucks," and will follow that by retiming with his "Overnight Delivery" co-star Reese Witherspoon in James L. Brooks’ "How Do You Know," which opens Dec. 17.