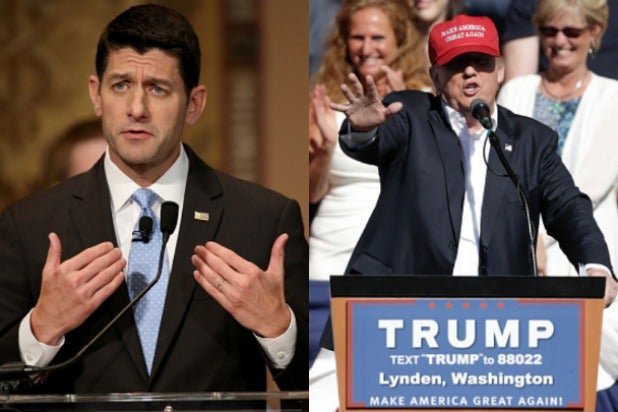 However, Ryan says he will still support Trump because his agenda is more likely to get enacted under Trump than Democrat Hillary Clinton. CNN’s John Berman joked that Republicans might as well say, “He’s racist, but he’s our racist.”

Trump recently said U.S. District Judge Gonzalo Curiel cannot judge him fairly because he is of Mexican heritage and Trump plans to build a wall with Mexico.

“I do absolutely disavow his comments I think they’re wrong,” Ryan said and explained that the “mature and responsible thing” would be for Trump to disavow the comments.

Ryan and Trump have an interesting relationship, as Ryan first refused to endorse Trump despite emerging as the presumptive GOP nominee. The two then had a highly publicized meeting and Ryan continued to refrain from endorsing Trump.

Ryan eventually endorsed Trump, but has made it clear that he doesn’t agree with everything Trump stands for – like judging people on their ethnicity.