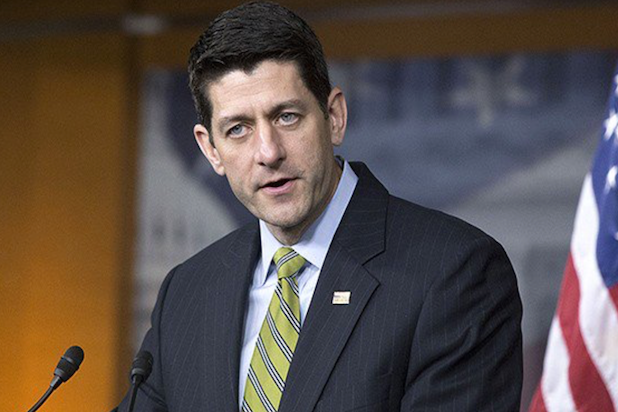 Paul Ryan and the Republicans are getting blowback for a selfie that shows a lot of skin on Capitol Hill, and all of it’s white.

“I think this sets a record for the most number of #CapitolHill interns in a single selfie. #SpeakerSelfie.” Ryan wrote with the photo.

The post has since gone viral, and not because of the amount of congressional interns Ryan was able to fit in one picture. People took to Twitter to air out their criticisms of the selfie and used hashtags like #GOPSoWhite or #InternsSoWhite, in reference to #OscarsSoWhite, to indicate the lack of diversity.

One Twitter user, for example, called Ryan’s selfie a “where’s Waldo for people of color,” while someone else “had to put on sunglasses to look directly at it.”

#GOPSoWhite the party has fittingly altered its logo from an elephant to Wite-Out pic.twitter.com/QMVen7XseB

I wonder how many of @SpeakerRyan's interns order their steaks well done & have their mom cut them into 1-inch cubes pic.twitter.com/suOfQULLi8

That picture of Paul Ryan with the GOP interns is so white that I had to put on sunglasses to look directly at it. #GOPSoWhite

Paul Ryan's #SpeakerSelfie is a Where's Waldo for people of color. https://t.co/h9tRMpEn9Y via @slate #GOPsowhite

#GOPSoWhite Crayola is officially changing the name of its white crayons to Ryan Selfiehttps://t.co/1hutgo8Lvq

Seriously @SpeakerRyan the only non white item you have in this photo is likely a jar of grey poupon. #GOPsoWhite pic.twitter.com/sq1hTnKIuM