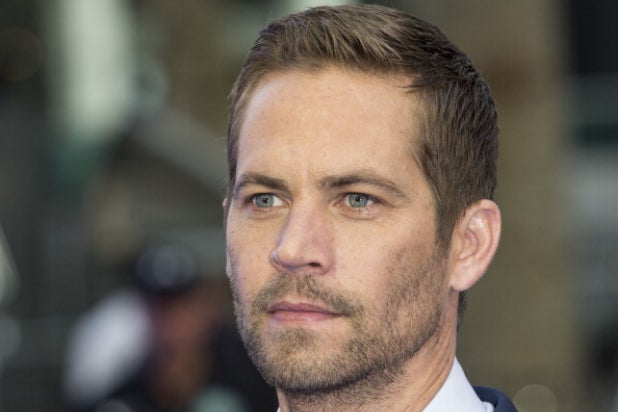 Hollywood stars and members of the “Fast and Furious” franchise flocked  to Twitter to share their grief over the death of Paul Walker this weekend.  The actor died Saturday in a Santa Clarita car crash at the age of 40.

Among those expressing shock and dismay were the actor’s collaborators and colleagues such as Dwayne “The Rock” Johnson, “Varsity Blues” co-star James Van Der Beek and Walker’s “Fast & Furious 7” director James Wan. Here’s a look at the outpouring of sympathy that greeted the news.

I'm a Paul Walker fan and that's probably an understatement. So sorry to hear about his tragic car accident. Can't believe it.

No, @RealPaulWalker. No. No. No. Rest with the angels. You. Sweet boy. #beauty #love #RIP

All my strength, love & faith to the Walker family during this heartbreaking time. We find our strength.. in his light. Love you brother.

I am so beyond heartbroken right now. I can't process anything.

I just remember him as being so effortlessly golden. He had that way about him, that "thing"… #rippaulwalker #TeamPW

Paul was pure light. I cannot believe he is gone.

#paulwalker – much love to paul walker. So sad. He gave a lot of joy. http://t.co/MVsZUMvx9T

Such sad news about Paul Walker! It’s so tragic and crazy how things can just end so suddenly. My condolences to his family.

What a sweet and simple person was Paul Walker .Sending my love and prayers to him and his family.

Going to bed with a heavy heart about Paul Walker. May his friends and family find peace and grace. A reminder of life's frangibleness.