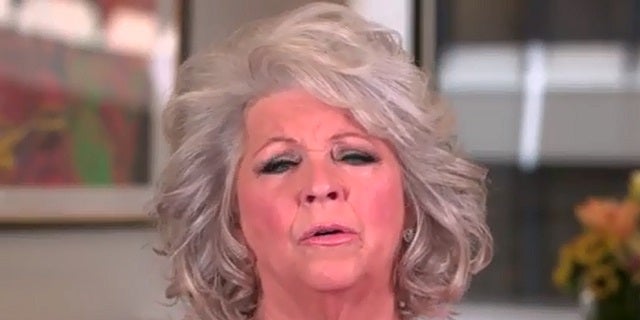 Paula Deen bailed out on a "Today" show interview on Friday, after admitting that she had used the N-word.

However, the butter-friendly celebrity chef has now issued her own video, begging for forgiveness for her use of the racial slur.

In the 44-second video statement, which is marked by several cuts, Deen "apologizes for the wrong that I've done," adding, "inappropriate, hurtful language is totally, totally unacceptable.

"I want to apologize to everybody for the wrong that I've done. I want to learn and grow from this. Inappropriate, hurtful language is totally, totally unacceptable," Deen says in the video. "I've made plenty of mistakes along the way, but I beg you, my children, my team, my fans, my partners — I beg for your forgiveness. Please forgive me for the mistakes that I made."

Also read: Paula Deen's N-Word Use Is a Relic of  the Past, Rep Says

News of Deen's first use of the racial slur broke this week. The 66-year-old Deen, who's being sued along with her brother by a former employer at her restaurant over alleged sexist and racist behavior, admitted in a deposition that she has used the racial slur in the past.

Responding to controversy over the matter, Deen's representatives issued a statement on Thursday saying that Deen's use of the word was the product of her upbringing in the South in decades past.

Watch the statement below: