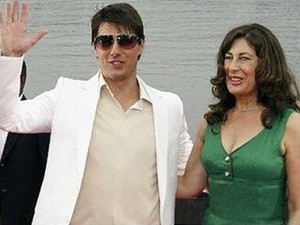 Will MGM become a real studio again? The task keeps getting harder.

When veteran Mary Parent came in five months ago to get the studio into gear and make movies other than James Bond, she faced a number of challenges, but none more delicate than dealing with the two elephants that were already in the building: Tom Cruise and his partner, Paula Wagner, at the newly-reconstituted United Artists.

Were they a blessing or a curse? Were they a desperation deal cooked up by Harry Sloan, in need of some glitz to impress Wall Street? Or were they a major leg up for a studio attempting to reestablish itself as a player in Hollywood?

The answer came with the exit of Paula Wagner last week. Though a veteran as Cruise’s longtime producing partner, Wagner had never before run a studio division, a job that requires decisiveness, focus and hardheaded number-crunching. She’d never green-lighted movies, nor been responsible for losses or wins. This turned out to be a critical gap.

Under Wagner, UA’s one release, “Lions for Lambs,” lost the studio close to $40 million, according to one person close to the film. And Cruise’s upcoming “Valkyrie” drags bad buzz and shifting release dates in its wake.

In abruptly exiting the studio last week, Wagner made it known that she believed Sloan was after the $500 million that was United Artists’ fund for making movies. She’d been squeezed out and stymied from doing her job. (See Patrick Goldstein, in which someone “close to the situation” complained that “whenever Wagner tried to greenlight a movie, Sloan blocked it.” The someone gave no specifics.)

This whining is unpersuasive. Wagner had the authority to green-light movies at budgets up to $60 million. Contractually, Sloan couldn’t block her from doing so, so what gives?

From what I have heard over the past months, Wagner never got around to doing her job, finding a strategy to get UA on profitable footing. Instead she proceeded to run the studio more like the producer she once was — buying properties, developing pitches on the basis of taste and judgement. She bought books, but didn’t get scripts in the door. She pulled the plug on Oliver Stone and his movie, “Pinkville.” Moguls don’t have that luxury. They need to release movies, fill a pipeline, bring money to the bottom line.

Wagner’s failure puts MGM in a poor position. Under the terms of United Artists’ financing, the division is obliged to release two films by early 2010, according to individuals familiar with the terms of the deal. As of now, UA has no two such films in the pipeline. The overall slate deal requires the release of 15 to 18 films in five years. Merrill Lynch will want its money back.

This now becomes the problem of Sloan, Parent and Cruise. “There will be be resource sharing. We will figure things out as we go forward,” said one senior executive, who wouldn’t talk on the record. “We’ve always said this was a rebuilding process.”

No one at MGM would comment officially, including on what I’m hearing is a deal close to conclusion with the Royal Bank of Scotland for another $500 million in financing for MGM. If true, that will quiet critics who keep saying that Sloan doesn’t have the money to make movies, or that he’s after UA’s filmmaking cash. But it won’t quiet them for long, unless MGM starts showing some stability and results.