Cowell and partner Sir Philip Green are in talks to mount "X" Stateside as a pay-per-view Internet-based talent show, according to an interview with the duo in next month’s issue of British GQ. 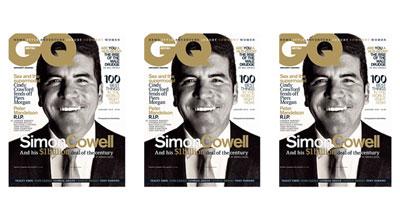 "It’ll all be online. You have 20, 30, 40 million people tuning in twice a week," Green told GQ, according to a report on the article by Reuters. "You bring two or three hundred million viewers to a venue. It’s turning it up a peg."

Up until now, all buzz about "X" has focused on the reality competition– which launched the career of Leona Lewis and ended up replacing "Pop Idol" in the UK– as a possible Fox series.

Fox has previously maintained an option on the TV rights to the format, and published reports have suggested that Cowell has been pushing Fox to finally agree to mount the series here as part of his negotiations for a new deal.

Whether Cowell’s comments indicate Fox is no longer involved or that the Internet component is just part of a bigger plan wasn’t immediately clear. A Fox rep had no comment.

Cowell and Green also said they are talking to a major Las Vegas casino operator about staging the series in Sin City.

"We’ll have a permanent place. The home of ‘The X Factor’ — live from Vegas," Green told British GQ. The Evening Standard quoted Green as saying the locale would "likely" be Caesars Palace.

The magazine, according to Reuters, said Cowell decided the Internet might be the best place for "X" after this summer’s Susan Boyle phenomenon. While "X Factor" doesn’t air in the U.S. or many other countries, Boyle nonetheless became an international superstar because of clips of her performance that were posted to the Internet.