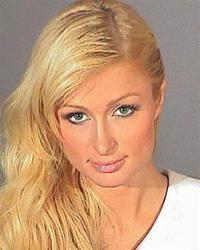 This story fell to me yesterday, as the resident celebrity writer Left Coaster. I’d been following the duelling sagas of Paris and Lindsay for the past couple of weeks. Which drama would hit the front page first? It was Paris, by a nose: "The national obsession with celebrity collided head-on with the more serious issue of the equal application of justice on Friday, as a judge sent the socialite Paris Hilton back to jail some 36 hours after she was released for an unspecified medical problem," I wrote in today’s paper. Readers of the Times may be above this sort of prurience, or so we might presume, but it turns out that a one-paragraph brief that I wrote the previous day about Hilton being sprung from jail was the slim news around which hundreds (I was told a thousand, but I find that impossible to believe) of comments were posted by our readers. Nonetheless, I was heartened to get this email this morning from an anonymous subscriber: "Sharon, You must feel proud to work for the New York Times so you can write lame articles about Paris Hilton. The Times has become a joke. Why not just work for Inside Edition?!"