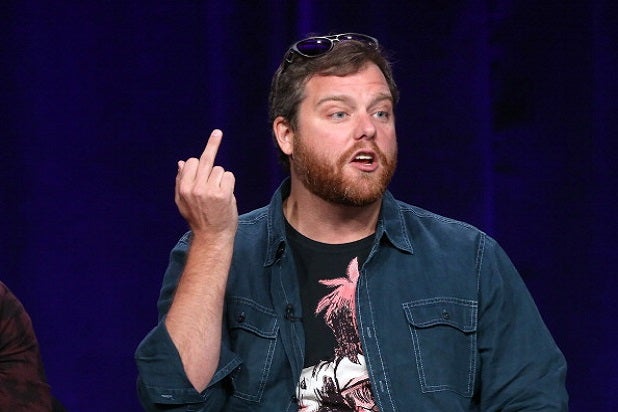 “If you look at Kim Kardashian, as much as you might grumble, she’s an artist to some extent,” said Oliver Luckett (pictured), CEO and founder of social media development startup theAudience. “She has mastered an artistry of getting attention … There’s no mistake that she isn’t coordinating in sync with [the paparazzi]; I mean, come on! It’s like her life itself has become an art form.”

Luckett was a panelist for the “Frontline” report “Generation Like.” The Feb. 18 show explores how the teen quest for identity and connection has migrated to social media. Much of the panel was devoted to the discussion of fame in the Internet age, and young people’s efforts to become famous through social media.

YouTube personality Tyler Oakley was on hand as proof that it can happen. Writer and “Frontline” correspondent Douglas Rushkoff, meanwhile, said it can be tough in the digital age for someone, like him, who has used to a more traditional business model.

“I grew up in a world where I’d write the book and then I’d get paid for the book … it feels very direct to me, and I never really had a problem with that. It’s sort of as a craftsperson, I make this thing, and then it goes out,” Rushkoff said. “And now I’m moving into a world where the book’s gonna be free, but I can get enough followers by writing books, and then once I’m successful I can leverage those followers and sell that. It’s less direct, and I’m still not sure how the integrity of my content creation ends up changed by a business model where it’s not the thing that I’m selling anymore.”

But Oakley said a career wring from social media can still be lucrative.

“Yes, I can buy my clothes,” he told a reporter.