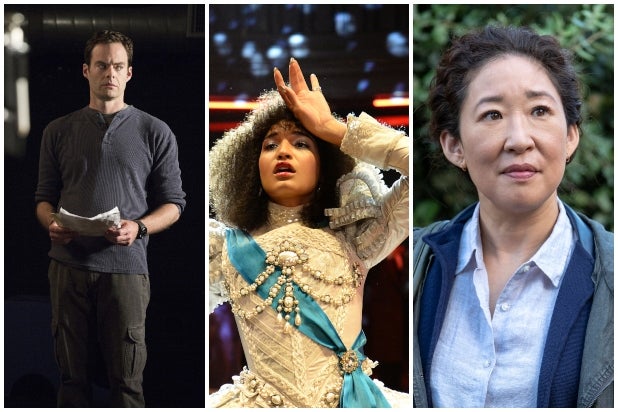 The list of 78th annual Peabody Awards entertainment winners is out, and among those includes names nine television shows.

BBC America’s “Killing Eve,” FX’s “Pose” and “The Americans,” HBO’s “Barry” and “Random Acts of Flyness,” Netflix’s “The End of the F—ing World,” “Patriot Act with Hasan Minhaj,” and  “Hannah Gadsby: Nanette,” and NBC’s “The Good Place” were unanimously selected as winners.

Additionally, “Sesame Street” has been recognized with the Institutional Award for 50 years of children’s education and entertainment on a global scale, while Cartoon Network’s “Steven Universe” is the children’s category winner. This year’s Career Achievement Award goes to EGOT winner Rita Moreno, the actress and singer best known for her role as Anita in “West Side Story” and who will appear in the upcoming Steven Spielberg remake of the film.

The Peabody Awards recognize powerful stories in television, radio, and online media. Named after investment banker George Foster Peabody, it was created in 1940 by the National Association of Broadcasters in order to recognize excellence in broadcasting as there was no Pulitzer Prize for radio.

Winner in the News, Radio & Podcast, Web and Public Service categories will be announced on April 23.

The annual Peabody Awards Ceremony will be held on May 18 at Cipriani Wall Street in New York with journalist Ronan Farrow as the host.