The troubled Motion Picture and Television Fund has named Bob Pisano, currently the acting chairman of 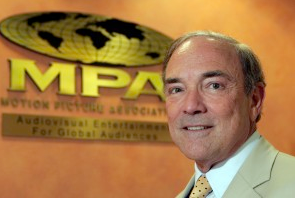 the Motion Picture Association of America, to be the chairman of its board of directors.

Pisano will succeed Frank Mancuso, who served in the post since 2003.

The change is yet another  to shake up the leadership of the fund. Picking Pisano – a veteran negotiator who headed the contentious Screen Actors Guild before joining the MPAA  – may be a sign of a desire to negotiate an end to the controversy that has besmirched the fund’s image over the past year.

Pisano is not expected to become permanent chair of the MPAA lobby.

In announcing the change, fund foundation chairman Jeffrey Katzenberg said as much: “I’ve admired (Pisano’s)  willingness to take on and resolve critical and complex issues involving all aspects of the industry.  As MPTF continues to look at every aspect of its operations, governance, and mission, having Bob’s leadership in navigating the organization through these matters will be truly valuable." 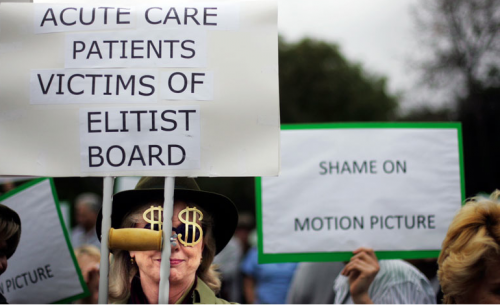 The move follows the ouster in February of controversial president and CEO David Tillman, who resigned in the wake of a revolt by families who have resisted the closure of the Hollywood institution’s hospital and long-term care facility.

Tillman was replaced with Bob Beitcher, who at the time admitted to many failures on the part of the fund. He is currently interim CEO. The organization decided to close the facilities because of funding problems, but inflamed resentment among residents and their families who claim that the decision betrays a promise to care for the ill and dying until the end of their lives.

Claiming a $20 million shortfall, the fund announced that maintaining the hospital and long-term care units were sucking $1 million per month from the fund, and endangering the non-profit’s ability to maintain its other facilities.

But famliies of elderly residents balked at the move, and about 60 have refused to leave.


WOODLAND HILLS, CA, April 28, 2010 – Veteran entertainment industry executive Bob Pisano has been elected as Chairman of the Motion Picture & Television Fund’s Board of Directors, it was announced today by Bob Beitcher, interim MPTF President and CEO.  Pisano succeeds Frank Mancuso, who has served in that post since 2003 and will continue to serve on the Board for the next two years as Immediate Past Chair.

“On behalf of the Board and the entire MPTF organization, I want to express profound appreciation to Frank Mancuso for his dedicated service as Chairman,” said Beitcher.  “Frank led the Fund through a difficult period during which health care and its future became the critical social issue not only for the country but for the Fund and our industry as well.  Because of his leadership, we are better positioned today than ever before to meet future challenges.”

“We are very fortunate to have found an individual with the unique combination of experience, dedication, integrity and compassion to take on this responsibility,” said outgoing Board chairman Mancuso.  “Bob Pisano understands what this organization means to the entertainment industry, and I cannot think of a more qualified person to lead MPTF forward.”

Pisano was previously elected to the Board of Directors of the Motion Picture & Television Fund in 2003 and was a member of the Joint Planning Committee.

Pisano currently serves as the President and Interim CEO of the Motion Picture Association of America (MPAA) and is responsible for worldwide operations of the motion picture and television industry trade association. A member of the Board of Directors, Pisano joined the MPAA in 2005 as President and COO.  Prior to joining the MPAA, he was appointed to the top post at the Screen Actors Guild where he served as National Executive Director and Chief Executive Officer.  Previously, Pisano served six years at Metro-Goldwyn-Mayer, first as Executive Vice President, then as Vice Chairman and member of the Board of Directors.  Pisano also served as Executive Vice President and General Counsel, Office of the Chairman, of Paramount Pictures.  He is a member of the Council on Foreign Relations, the Pacific Council on International Policy and the Executive Branch of the Academy of Motion Picture Arts and Sciences.


“Bob Pisano has been a friend and colleague for over 20 years,” said Jeffrey Katzenberg, Chairman of the Motion Picture & Television Fund Foundation.  “During that time I’ve admired his willingness to take on and resolve critical and complex issues involving all aspects of the industry.  As MPTF continues to look at every aspect of its operations, governance, and mission, having Bob’s leadership in navigating the organization through these matters will be truly valuable. I share the excitement of our other Board members in welcoming Bob to this new role.”

“The Motion Picture & Television Fund has played a vital role in the lives of entertainment industry members for almost nine decades, and I am committed to ensuring that we as an organization continually address the changing needs of those we serve,” said Pisano.  “Above all else, we will continue to stay true to our mission of taking care of our own.”