NBCUniversal added 2 million subscribers to its Peacock streaming service in the third quarter, bringing its total to over 15 million.

The increase was a nearly 70% leap year-to-date, notable after Peacock’s subscriptions showed no net gains in the prior quarter.

Parent Comcast Communications said Thursday that the paid subscribers, who access the service for as little as $4.99 per month, were joined by 14 million viewers who access the streamer for free through cable subscriptions or bundles, bringing the total number of users on the service to nearly 30 million, according to CEO Brian Roberts.

“Peacock has become the best streaming value in the market, providing customers with a massive premium content offering across movies, TV, Entertainment, Sports and news in English and in Spanish,” Roberts said during the conference call with analysts. 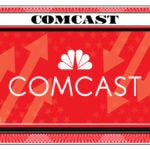 The subscriber increase also reflected greater use across delivery platforms, from cable to wireless, Roberts said.

The results were a bright spot in the cable and media giant’s third-quarter results, and followed a strong third quarter report from Netflix last week. The streaming powerhouse added 2.4 million subscribers during the third quarter.

Amazon is set to report its quarterly results after the bell Thursday, and will provide insight into Prime Video’s growth. Other streaming leaders including Warner Bros. Discovery, Paramount and Disney are on deck to report results in the next two weeks.

Comcast has been ending its content deals with other streamers to bring its programming to Peacock instead, including “Saturday Night Live,” which had been the No. 1 in-demand program on Hulu. It’s also been beefing up original content on the service, and drawing viewers with live sports like “Sunday Night Football” and Grand Slam tennis. 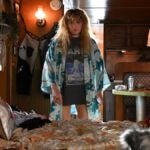 Roberts is eyeing the World Cup later this year as a likely boost. Through the fourth quarter and into 2023, he said, Peacock has “a strong slate of highly anticipated originals,” Roberts added. The lineup includes “Mrs. Davis,” and “Poker Face“

“While it only launched a little over two years ago, Peacock is already an important part of our portfolio and reflects how we’re running our media business holistically,” Roberts said.

Peacock did see an uptick in advertising revenue, the company said, without providing specific figures. Costs also rose as the service ramps up original content. 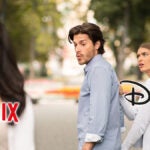 Also Read:
Netflix Throws Down the Gauntlet With a Big Q3 Comeback: Your Move, Disney
x