Comcast revenue slid 1.5% and it swung to a third quarter loss, but investors snapped up shares in early trading as the cable and media giant added 14,000 broadband subscribers in the period, after gaining zero in the previous period.

Yet even as it boasted “record profits” in its theme parks and studio businesses, the company also suggested cost cutting and layoffs are coming before the end of the year.

“As we enter the fourth quarter and look to our year ahead, we remain focused on driving long term growth during an increasingly challenged economic environment,” said Mike Cavanagh, the newly named president, during the quarterly conference call. “As a result, we expect we’ll be taking severance and other cost reduction related charges in the fourth quarter in anticipation of expense reduction actions that will provide benefits in 2023 and beyond.”

The Philadelphia-based Comcast Corporation previously said it aimed to cut up to $1 billion from its budget. 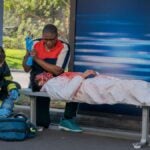 The NBCUniversal entertainment unit reported revenue of $9.75 billion, sharply below the $10 billion in the year-ago period, when it banked on high ratings from the Tokyo Olympics. Media revenue plunged 22.7% to $5.2 billion in the quarter, but stripping out the advertising bump that came with the games and the Super Bowl, the entertainment unit reported revenue rose 4.4% to $5.2 billion.

Paid subscribers to its Peacock streaming service topped 15 million, reflecting nearly 70% growth year to date. That added up to about 2 million subscriber additions since the second quarter, another result buoying early trading, even as Peacock losses grew.

Roberts said the company’s approach to video is now platform agnostic as it has built up Peacock and strengthened its delivery of other streaming services via broadband and mobile. “The shift in video, we got to a place where we’re actually somewhat indifferent to what the consumer prefers,” he said during the call. “We want to be for the customer. And then, if they’re now taking our mobile product, they’re getting an even better value, and if they’re taking Peacock, they’re getting a continued relationship with NBC, if they’ve changed how they’re consuming.”

“So I think we’re in a very unique, playing offense in a very changing world, in a way that continues to yield great results for the company,” Robert said.

Comcast also reported strong performance at its Universal theme parks as crowds returned following the pandemic. Revenue for the unit soared 42.4% from last year, to $2.1 billion. The Universal Beijing resort, which opened in September 2021, had its first profitable quarter, Cavanagh said.

“Despite the economic uncertainty that you see elsewhere in the economy, we’re seeing no effects of that right now in the theme parks,” either in terms of performance or bookings going forward, said NBCUniversal CEO Jeff Shell during the call. “Florida’s really strong, Hollywood’s really strong, Japan really ended the quarter pretty strong,” he added. “It kind of defies logic a little bit.” 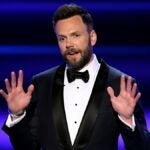 Also Read:
Joel McHale ‘Cried Like a Baby’ After ‘Community’ Table Read, Says Movie Will Be ‘Like a Family Reunion But Without A-Holes’ (Video)

“While we don’t anticipate residential broadband units to be a significant driver for now, we expect to maintain healthy growth in the other three, leading to continued strong financial performance at cable for the foreseeable future,” Robert said.

He noted that the company’s Xfinity mobile segment added 333,000 wireless lines during the period, to 4.9 million, the strongest growth it’s seen in any quarter.

Revenue for its European Sky unit fell 14.7% to $4.3 billion in the quarter, weighed down by the strong dollar. If the dollar had not strengthened so much, revenue would have been down just 0.2%. Advertising revenue at Sky plunged 15.9% to $471 million, or 1.6% on a constant currency basis. Total customers rose to 23 million, boosted by streaming customer net additions.

The company took a hit from Hurricane Ian, which swept through Florida in late September, both shuttering the Orlando theme park for two days and causing significant damage to its cable network infrastructure. That damage is still being repaired, and the storm’s impact will be reflected in the fourth quarter results, Cavanagh said.

The company said it expects “tens of thousands” of Florida customers will not turn their service back on, but so far did not offer a more specific estimate.