Joel McHale warned viewers to prepare for tears when the “Community” movie comes out, because he cried at the table read.

TheWrap caught up with the actor at the Saturn Awards, which he hosted. First he jokingly teased details of the movie that sound more in line with “The Lord of the Rings” films.

“We’ve shot all three of them so far,” he said. “We shot ‘em in New Zealand. Peter Jackson was the director. We shot ‘em in The Shire. I was a lot shorter, and it’s happening.” 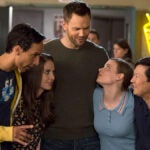 Also Read:
‘Community’ Movie Is Happening at Peacock; Here’s Which Cast Members Are Coming Back

“We announced it. Peacock is paying for it, thank you Peacock,” the comedian continued. “So yeah, it’s happening and everybody’s back.”

When asked about reuniting with the cast, McHale set his sarcasm aside to express how emotional the moment really was.

“I’m going to look a lot older. I’m not kidding, so you know that I’m sarcastic about about literally f—ing everything but um, there will be tears,” he said. “We did that table read during the pandemic and I cried like a baby afterwards and I’m not joking.”

“Everyone thinks that what I say is joking, but it is like being with — it really is like a family reunion but without a-holes,” he continued. “Because you know, you go to a family you and you’re like, ‘Ugh, there’s that one cousin of mine. He smells.’ So anyway, we’re really — I can’t wait. Yeah, that’s all I can say.”

McHale starred as Jeff Winger in the “Community” television series from 2009-2015. Series star Alison Brie has previously hinted at “legitimate conversations” about the development of the film, and more recently, the sitcom’s creator, Dan Harmon, affirmed those words.

“I’ll confirm what Alison said, which is that legitimacy is here, conversations and agreements are happening,” Harmon told TheWrap during an interview about the upcoming season of “Rick and Morty.”“There’s a story – who knows if we’ll end up sticking to it, but it was something we had to compile in order to take it out and court various venues. And now negotiations happen.”

Harmon also cautioned fans that the timing of the filmmaking process can’t speed along as some wish it might.

On a more hopeful note, Harmon chalked it up to a matter of “when” and not “if.”

“I say that with such caution,” he said. “Because sometimes the audience is like, ‘So that means what a year, two years?’ I could have said what I just said three years ago and it would have been almost as accurate, and can you imagine if I had said that three years ago? That’s me setting people up for three years of abusive neglect and making them feel forgotten, and it’s hard enough to just say nothing.”

Elijah Gil contributed to this report. 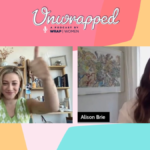